K.A.A.N. & Dem Jointz Prove They Still Got It on “Mission Hillz” (Album Review)

This is the 20th full-length album from Maryland emcee K.A.A.N., who’s already made himself well established in less than a decade. Some of the standouts in his ever-growing discography include the Dem Jointz-produced Black Blood, the Ski Beatz-produced Requiem for a Dream Deferred & the Big Ghost Ltd.-produced All Praise is Due. He’s coming fresh off 4 albums as well as the fact that it’s been over 2 years since the prelude EP Mission to Mission Hillz, K.A.A.N. is re-enlisting the Aftermath Entertainment in-house producer to take us down Mission Hillz.

“Falling Trees” is a cloudy trap opener talking about how the journey’s been a Jungle whereas “Way Out There” goes into a more vibrant route saying he just wants to ball all day. “Flatline” keeps it rolling with a celebratory banger about feeling like he’ll never go down, but then “Timing” takes a darker turn to address those who can’t comprehend what he’s accomplished.

Meanwhile on “U.F.W. (Unfuckwitable)”, we have K.A.A.N. on top of a flute sample attacking those who want to step up to him lyrically leading into the spacious trap cut “Patience” talking about never quitting. “Emergency” incorporates some stellar horn sections to show his hunger for the paper just before “Free Fall” savagely calls out those who started fucking with him now that he’s big.

“Greatness” comes through with a cavernous banger talking about how ill he is while “Show Them” works in a more stripped back instrumental advising to watch how he gets his paper to build. “I See” bombastically advises his competition to fall back prior to “Captured” bringing the flutes back in talking about seeing the shit as a nightmare.

The song “2 Much” incorporates an organ telling his opposition to take a break while the penultimate track “Matter Fact” hypnotically talks about the difference between him & where everyone else is at in their careers. “Count’n Me Out” sends the album off on a suspenseful note airing out those who doubted him.

Every time these guys link up with one another, they always bring the heat & Mission Hillz is no exception at all. I felt like some of K.A.A.N.’s last few albums have been lacking in the production department, so it makes me happy to hear him taking it back to the basics with Dem Jointz. 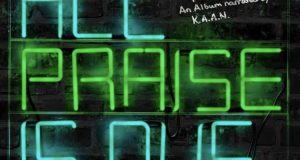 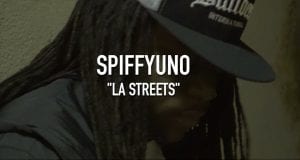