The King Klick is a West Coast supergroup consisting of Chucky Chuck, Johnny Richter & Obnoxious. 2 of the members have already made themselves household names with the Malibu-based independent powerhouse Suburban Noize Records by lending their hands in founding the groups DG@F & Kottonmouth Kings respectively, but the other is a bit of a fresh face to the label after signing to them about a year & a half ago. However with a few well received singles under their belts so far, the Klick’s finally dropping their eponymous debut EP after much anticipation.

“Throne of Spades” is a soulful boom bap opener reminding listeners how they do whereas “Subnoize O.G.’s” rightfully proclaims themselves as a such on top of a g-funk instrumental. “Everyday” is a epic 7 & a half minute posse cut showcasing a majority of the current Suburban Noize roster while the song “Who’s Next?” apocalyptically talks about slaughtering shit. The penultimate track “Spaceships” with Lil Saint & Underrated has a bit of a robotic beat getting on their weed shit, but then “We Want It All” with Madchild & M.C.U.D. ends the EP with a grimy trap banger getting at their enemies.

I’ve been looking forward to this EP from the very first time I heard that closer when they dropped it as the lead single over the spring & my God, did they deliver. The chemistry between the trio comes off as natural than forced, each member stands out in their own unique way & the production has a little something for everyone. Suburban Noize really gave their fans a true celebration of their legacy with this one. 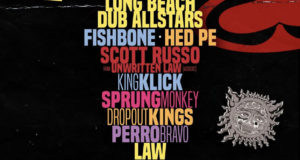 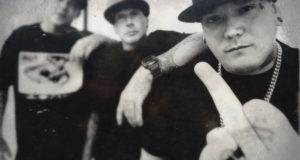 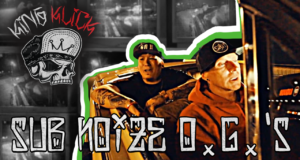