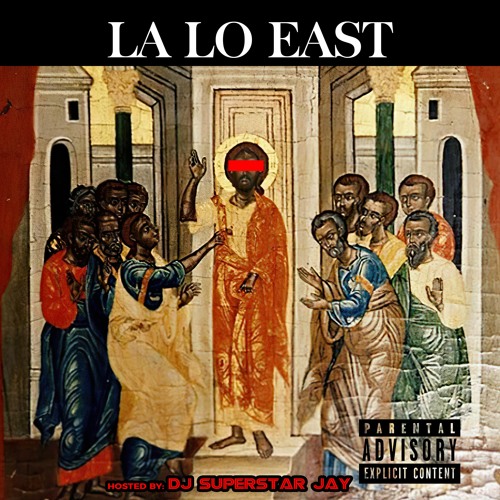 La Lo East is a rising Hip Hop artist from Buffalo, NY. He uses witty rhymes and clever flows to deliver his narrative on some hard hitting production. “Fuck The Middleman” is his debut album. This project spans eleven tracks, is hosted by DJ Superstar Jay and features Monie Adios, Ika Tha Writa and Argeo Rain.

“Dope Boy Dreams” is a stand out and fan favourite. This song has heavy golden era of rap vibes, whether or not it was intended, it’s a good thing. La Lo East flows over the beat with ease with clever rhymes and a catchy hook. Reminiscent of 90’s era Hip Hop when the music was clever and raw. This is a must listen on this project.

“Cassius Clay” just goes hard! The production has that signature La Lo East 90’s sound and he takes advantage of that. Gritty raps that hit hard and with a purpose. Lyrically, it’s clear that La Lo East is gifted with the pen. These are some clever bars to make for a dope track.

“Real Ones” is a well executed song. Relatable story telling done right, with poise and cadence. The production is a dope mix of ambient sounds, rolling bass and clean drums. Argeo Rain, was a perfect feature choice. His flow is a great compliment to La Lo East and the song is just well made all round.

This was a well put together debut. La Lo East sets himself up to become a real story teller of the game. He is a truly gifted lyricist and is able to keep it real without sounding played out. Go follow him on Instagram: @laloeast