La Lo East is a 41 year old MC from Buffalo, New York who came up last Black Friday off the full-length debut Fuck the Middleman. This was followed-up by the debut EP Buffalo over the spring right before Thanksgiving last month, East decided to prelude his sophomore album by dropping a 2nd EP “Section 8”.

After the titular intro, the first song “Life Like This” sets off the whole EP with a soul sample saying he’s bout that paper whereas “Can’t Fuck wit Me” works in some strings challenging anyone who wants smoke with him. “Advances” takes a moodier turn thanking the man above for such & after the interlude, Drama2BR tags along for the downcast “Change” to call out those switching up on them. The final song “Glorious” has some jazzy undertones to the beat as he ends the album by talking about staying getting to the money leading into an 11-second outro.

From front to back, this is a pretty impressive EP. The lyrical topics throughout it’s 22 minute run range from personal shit to braggadocio & each song in terms of sound pretty much differs. Whenever his sophomore album comes out, I can definitely see him continuing to level up. 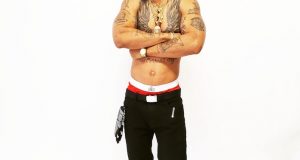 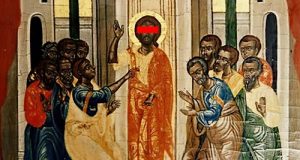