maticulous is a 40 year old producer from Brooklyn, New York who originally broke out a decade ago off his eponymous debut EP & then a self-titled debut a few years later. This was followed up with The Chrome Tape in 2016 but after producing a couple albums for Justo the MC more recently, he’s dropping a new album with a jam-packed cast of MCs coming along for the ride.

“Shouts To…” by Homeboy Sandman starts off the album with an alluring boom bap propping up those who got him out of a bind whereas “Everything” by Justo the MC & Skyzoo finds the pair putting all on the line on top of some strings. “Close Range” by J Scienide & Kev Brown takes a more soulful route getting at their competition, but then “Home Goin’” by Guilty Simpson is an airy boom bap cut detailing going to a funeral with the killers in the room.

Meanwhile on “Take Heed”, we have Breeze Brewin’ & Al Skratch coming together over a harp-laced instrumental advising to watch your surroundings just before “Bein’ This Nice” by Uptown XO & yU gets in that grimy shit talking bag. The penultimate track “Keep ‘Em High” by Beedie, Justo the MC & Rim has a more smoother vibe encouraging listeners to move with them & the closer “Survival Mode” by Ill Conscious & M.A.V. has some slick guitar melodies speaking on how it’s normal for them trying not to get killed in the hood.

Between this & the self-titled joints, I think no caps has to my favorite solo projects that maticulous has dropped so far. Some of the best beats he’s ever made pop up on here & the guests are a bit more consistent in terms of their performances. 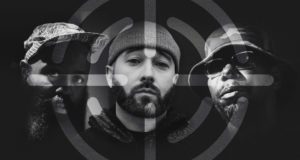 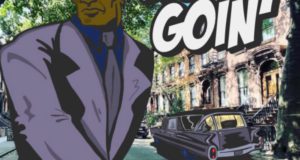