This is the 5th full-length album from XP the Marxman. Coming up as 1/3 of the trio Rhyme Addicts. As far as his solo career goes, the dude has a handful of projects under his belt already, with my personal favorite being the Roc Marciano-produced Keep Firing. He just dropped The Marxmanat the very beginning of the year & as we finally enter summer, D-Styles & DJ Rhettmatic are being brought in to fully produced Pacific Standard Time

After the “Pst #1” intro, “Get At a God” kicks off the album on a dreary note thanks to D-Styles with XP comparing himself to that of a God whereas “Lil Mijos” takes a jazzy boom bap route talking about growing up in the streets. RhymeStyleTroop tags along for the guitar-driven “Ms. America” embracing their Mexican heritages leading into the spine-tingling “Trunk” getting in his hustler bag.

After the “Pst #2” skit, Sick Jacken comes into the picture for the dusty “Tom Fears” produced by Rhettmatic reminding everyone how they play just before the eerie “Paint Pictures” quenching for blood. “The Kuyas” with Big Twins finds the 2 over a piano-laced boom bap instrumental talking about keeping them open, but then “Ski Mask to Jet Skis” lavishly reflects on his life then & now.

The song “Turn Up the Volume” incorporates some colorless piano melodies so XP can get on his thug shit while the penultimate track “Old to New” talks about being a king & the beat on here is just petrifying to the core. However, “Frost Bitten” is a gully ass way to end the album from the horn-laced production to XP’s malicious lyricism.

I was very excited going into this given that I’ve been a fan of The Beat Junkies for a minute & how much I’ve enjoyed some of XP’s most recent projects. Needless to say: It’s some of the best shit he’s ever done considering how great the chemistry between him, D-Styles & Rhettmatic is. Purely raw penmanship & production from start to finish. 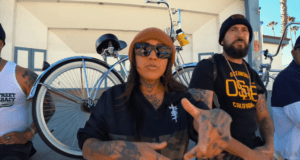 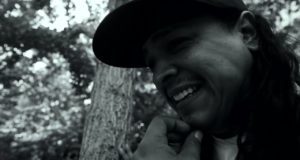