Rock is a 46 year old MC from Brooklyn, New York notable for being a member of the Boot Camp Clik collective & 1/2 of the duo Heltah Skeltah alongside the late Sean Price. He & Ruck were also 2/5 of The Fab 5 with O.G.C. despite the fact that they never put out a full-length debut as a quintet. The Rockness Monsta has also given us a couple mixtapes as well as a full-length debut & an EP, the latter of which just came out this past spring. But for his sophomore effort right here, he’s enlisting Manhattan producer Ron Browz behind the boards for the entire thing.

“Lettuce & Cabbage” is a rugged boom bap opener with Rock attacking anyone who dares to step up to him whereas “Pay Me” works in a more symphonic trap instrumental talking about being the best. “Flamboyant” returns to the boom bap to declare his gun game as such leading into Method Man tagging along for the cacophonous trap banger “Beastie Boyz” talking about being beasts in their own rights.

Meanwhile on “Billy Joel”, we have Rock on top of another orchestral trap beat much like “Pay Me” brushing off the negative shit that they try to throw his way just before Bo Blackk & Milly D.O.D. come into the picture for “Feast” which I like the suspenseful production & the subject matter about being different, but the features just don’t do it for me personally with all respect. “Got It Movin’” blends some dramatic strings with hi-hats & snares acknowledging that he makes it look easy, but then “Faith” with The Last American B-Boy & Ron dives into jazzy yet soulful boom bap turf talking about not wanting smoke with them.

“Shark Tank” with Ruste Juxx & Steele returns to a more symphonic trap sound yet again flexing their lyricism while the song “Hood Up” brings it back to soulful territory talking about how you should always rep where you came from no matter where you shine. The penultimate track “Squad” with The Last American B-Boy embraces a dustier vibe to rep their crew & “The Answer” sends the album off with a cheerful trap hit with the lyrics coming from a more introspective place.

Of the 2 solo albums that Rock has given us in the last 5 years, Ether Rocks just might be my new favorite of the pair thus far. He sounds passionate & proves that he can still very much hold it down on his own this deep in his career, but a lot of the trap stuff that Ron Browz whips up sounds samey to me. That being said, the boom bap beats that he delivers suit the Rockness Monsta’s much better. 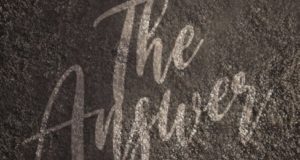 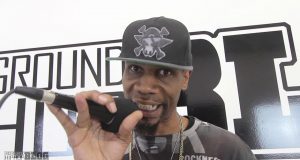 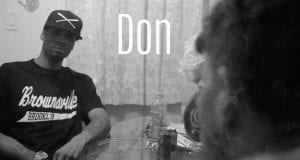