Now this is a brand new album I recommend any raw underground Hip Hop fan to check out!  Up and coming artist out of Traverse City, MI Rudy Williams releases his new groundbreaking album titled “Scriptures of the Art: Presented in Stereo” featuring West-Coast legend KXNG Crooked, Griselda Records affiliate Elcamino and lyricist Ty Farris!  His style is cut from the same cloth of the whole griselda records style sound and feeling, yet he puts out some of the most original material we have come across in 2019.  There is a whole ton of new Hip Hop artists being born daily, making it more difficult to stand out today, by Rudy Williams won’t have any problems with that issue as he continues to put of quality independent music!

The album kicks off with “TAX” soon after a nostalgic themed intro, where Rudy Williams gets mafioso over a haunting self-produced beat. The next song “Gone so Cold”, with a smoother intoxicating instrumental, Rudy goes off lyrically about his Hip Hop persona and his outlook on the oversaturated rap-game today!  Clearly being able to recognize that Rudy Williams is nobody to downplay, I got the sense that this album will be a true gem in my book just after a few dope songs.

The track “Duffel Bag Dreams” gets back on the mafioso tip over a demented self-produced beat! I did catch a few identical “duut duut duuts” & “boom boom booms” throughout this album, which was a huge drawback for me, since I’m personally a huge fan of Griselda Records.  They pretty much patented those adlibs into their records long before anyone else did it.  That being said, it did not take away any of the extreme value, in my opinion, this project provides for the new wave of Hip Hop we feel is DOPE and staying true to the culture.

This is a solid album. A few tracks I could’ve done without, but the beats are mostly grimy & Rudy Williams ’s lyricism just keeps progressing with each new project he drops.  Definitely looking forward to his new projects coming soon.  Follow him on Instagram @itsrudywill 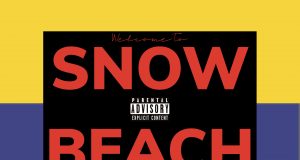 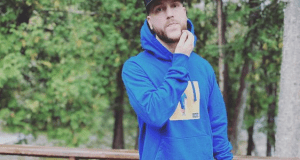