This is the eponymous debut EP from Phoenix MC/singer-songwriter The Kaleidoscope Kid. Coming up a week prior to this the pandemic hitting off his full-length debut Quail Run, he would go on to follow it up with the ATC-produced Thank You Stranger & All Dogs Go to Heaven later that same exact year. However in light of him signing to Suburban Noize Records this past fall, The Kaleidoscope Kid has seen fit to reintroduce himself to a wider audience in the form of a self-titled effort.

“Hold Up” is a bluesy opener addressing those who say he lost it whereas “Watermelon Kisses” follows it up with an acoustic romance ballad for all the couples out there. “Stampede” goes full blown reggae rock cautioning a stampede on the run leading into the ska punk-influenced “Cause & Effect” talking about a chick who left her name & number on his phone.

Meanwhile on “Fight or Flight”, we have The Kaleidoscope Kid on top of a down-tuned guitar tackling the phrase “crash & burn” leading into the boom bap-heavy title track reintroducing himself to a wider audience. The song “It’s All Love” goes full-blown reggae confessing his girl’s loving being on his mind while the penultimate track “Hell or High Water” mixes some acoustics with handclaps asking God to give him a sign. Big B then tags along for the guitar-driven closer “Maniac” advising to fasten your seat-belts.

Now it wasn’t until The Kaleidoscope Kid signed to Suburban Noize where I would go back & check out his whole catalog in preparation for this self-titled EP, but I have to say that his debut for the notorious Malibu-based underground label has to be his most well-conceived body of work yet. He has a lot of versatility, the songwriting is catchy & the range of sounds in his production is a great match given Subnoize’s history.

Tagged with: The Kaleidoscope Kid 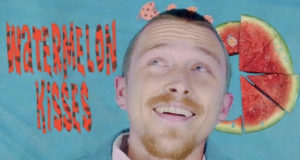 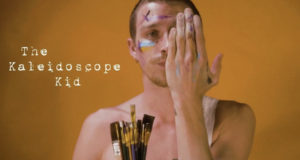 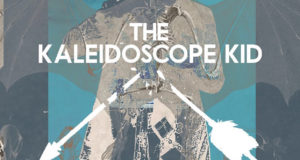 The Kaleidoscope Kid Properly Reintroduces Himself on Self-Titled Single