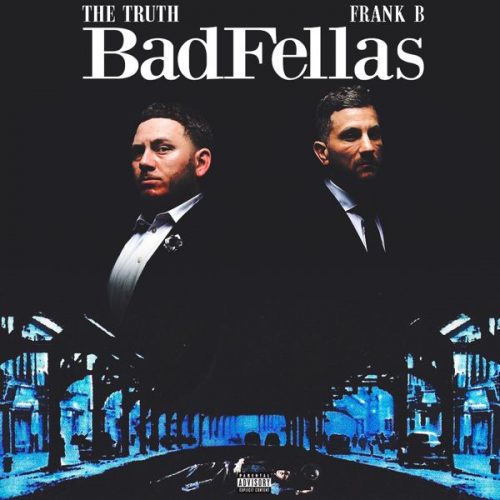 This is a brand new collaborative debut EP between New York emcees The Truth & Frank B. The pair first came together last year on the song “I Know I Can” off of The Truth’s Spring EP & with the 1 year anniversary of that project coming up this weekend, they’ve seen fit to take listener through what it means to be Italian-American hip hop fans by crafting Badfellas.

After the “Lil Mo Mozzarella” intro, the title track incorporates some harps into a boom bap instrumental as the duo take a Ray Liotta quote from Goodfellas about wanting to be a gangster for as long as he can remember & making it into their own before lacing some keyboards & an organ on the money hungry “Fuck U Pay Me”. The homie Bobby J from Rockaway tags along for “Paint Houses” as the 3 show homage to The Irishman before going into a more rubbery direction on “Funny How?” as they put their own spin on a Joe Pesci quote from Goodfellas.

Meanwhile, we have Cold Shoulda stopping by for the quasi-jazzy “Code Red” discussing that they gotta watch their backs whereas the dusty “Caruso” is more reflective in terms of lyricism. I can definitely see people getting rowdy to the penultimate track “My Cousin” given it’s disrespectful lyricism & it’s off the chart energy before “That’s It” ends things off by telling listeners not to break the code of the streets & you can definitely tell the instrumental has a strong DJ Premier influence to it.

If anyone reading this is a fan of both traditional East Coast hip hop & Scorsese flicks, then this EP is absolutely worth checking out. Both emcees bounce off each other very well, the movie references are super clever & the production is incredibly gritty.

Tagged with: Frank B. The Truth 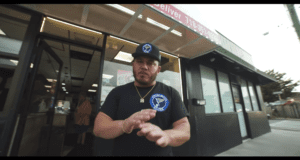 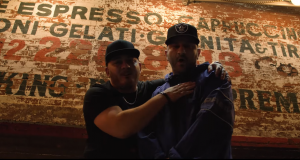 Badfellas (The Truth & Frank B.) Debut Video “That’s It” Off New LP 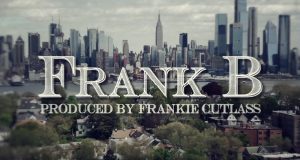