In 1979, Japan sent out into the world two sound products that changed the world of Music: the Sony Walkman and Technics SL1200. 40 years later, in 2019 we celebrate both these icons by telling their story and the impact they had on Global Culture.

The story begins 40 years ago in 1979, the film explores the game changing impact high-end music gear Sony Walkman and Technics SL1200 had on global culture and how it changed youth lifestyle forever. Scenes include trial and error phases that DJs went through with older turntable models before the SL1200 was released, and pre-Walkman memories of when radios were mainstream. It also depicts the story of Sony’s difficulties in their global marketing strategy: how do you market a product that has never existed?

This documentary not only showcases the history of both these iconic technology items, it takes us on a time travel journey reminiscing on footage of the time, told by over 40 interviews from DJs, producers and developers, who devoted their lives and passions to revolutionizing the portable audio era, and witnessed the creative development of a Music genre tied to an equipment piece that changed Hip Hop forever.

Ironically, both products were discontinued at the same time. “Playing it Old School” pays tribute on the 40th anniversary of the breakthrough both the Walkman TPS-L2 and the SL 1200 MK2 (the first to allow reliable mixing vinyl) had on Modern times. 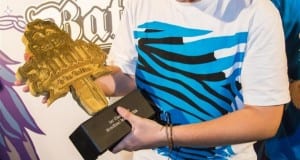