In a New York Daily News article from April 18th, actress/comedian Margaret Cho reported 3,795 anti-Asian violent physical assaults and that “The latest anti-Asian numbers, as of April 11, 2021, saw 54 anti-Asian hate crimes reported to the NYDP, compared to 12 by that date in 2020 — an increase of 350%.” While animosity towards Asian Americans and Pacific Islanders (AAPI) has been an unfortunate part of the fabric of racism in the US, this thread of prejudice and hate has only gotten thicker in the recent years. With May being AAPI Heritage Month, attention to this rash wave of oftentimes violent racism is being highlighted by Bay Area AAPI artists LYRICS BORN and CUTSO.

“I was called Chink, Gook, Jap, Nip, Slant-Eye, Fob, Chinaman, Immigrant, every day from age three until about 20… and then it went to maybe every other day,” confesses Japanese American rapper/actor LYRICS BORN (real name: Tom Shimura) about his experiences with anti-Asian hate. Instead of standing silently while this discrimination and, in many cases, violence continues, he joined forces with Filipino-American musician/DJ Cutso for the incendiary and provocative new single “ANTI” which was released earlier this month (San Francisco Chronicle called the track “cathartic and visceral, blowing up the stereotype that Asians are meek and quiet”). Adds Cutso (real name: Paolo Bello), “Growing up, I’ve been called names, got bullied and had generalizations and stereotypes tacked onto me, all throughout my life.”

Set upon a dark and sinister backbeat replete with ominous sirens, “ANTI” explores the emotional and mental toll that this racist venom has had both on the AAPI community and its individuals through the years.  Recently however, this surge in prejudice has amplified to unreal and extremely distressing depths.  Seething with pained and repressed fury, Lyrics Born spits out the verses:

He’s gotten a lotta mileage out these sly one-liners

He’s the pilot light that ignited this crisis

On repeat even he’s no longer in office

Dropped a vile legacy of intolerance

“‘ANTI’ is a song I wish we never had to make. Unfortunately it was also the easiest to make,” he says. “Firstly, I think [the number of reported incidences] was always higher than what has been reported in the past because culturally and historically, we don’t snitch. Hateful rhetoric is such an everyday occurrence for Asian-Americans. Sadly, it’s become normalized in our community. As such, we have a tendency to (try and) shrug it off, put our heads down, and keep it moving. That said, I think the skyrocketing numbers in the past year are a direct result of the former president using phrases like ‘The China Virus’ and ‘Kung-Flu’ with reckless abandon, thereby sanctioning racist behavior and the scapegoating of Asians in the COVID era.”

“Our previous president’s anti-Asian sentiments has given a lot of his supporters free range to vilify and victimize us,” adds Cutso.

Hoping that this song will effect a change that extends beyond the music industry, Lyrics Born and Cutso will donate all proceeds raised from the sale of the single to Stop AAPI Hate (stopaapihate.org), the national coalition addressing anti-Asian racism across the U.S. “This organization is integral in tracking and keeping log of all anti-Asian incidents being reported to activate resources that help bring awareness to our plight as members of the Asian/AAPI community,” explains Cutso.

“We have to speak out and not put our heads down and ignore abuse when it happens,” says Lyrics Born. “I hope ‘ANTI’ will provide some relief and respite for people like us who have faced this kind of treatment since we’ve been in this country. I also hope it will open the eyes of many non-Asians who may not know this is happening on the regular and build solidarity with other people of color.”

“People think Asians are background music,” he concludes. “We’re just not respected in the way I demand to be. That’s changing now. We have much more presence in pop culture and on social media than in the past, and our voices have more resonance.” 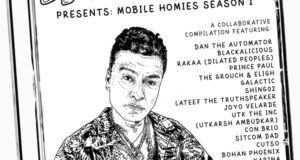 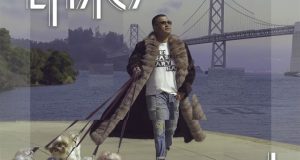 Lyrics Born – “Is It Worth It” Ft. Del The Funkee Homosapien & Forrest Day 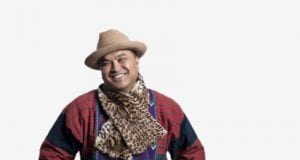