Pop Smoke Made The Soundtrack Of A Lost Summer 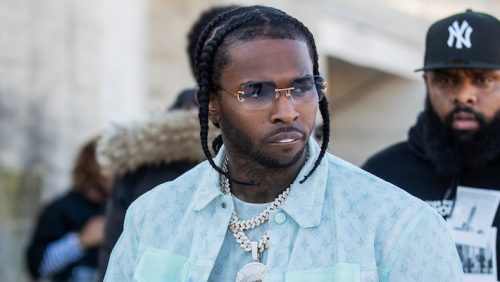 New Yorkers love music – loud music. Everyone who has been in New York in summer knows that the New Yorkers play music in their cars with exceptional stereo systems, and even carry around portable speakers, not to mention the headphones. Pop Smoke was the voice that probably everyone in New York could recognize in 2019 he was listened to so much. The rapper, whose birth name is Bashar Barakah Jackson was born in July 1999. He became very popular with his “Welcome to the Party,” the first single of his mixtape that was heard all over New York all summer. His music is such a good representation of New York energy and character, self-confidence, and rebellious. 2019 was so successful for Pop Smoke that everybody predicted a grand year for him in 2020. However, Pop Smoke, who was just 20 years old, was murdered in his home in Los Angeles in February 2020. This summer his music is a soundtrack to both his and his city’s tragic fate. New York is one of the places that suffered the most from the devastating virus resulting in the death of tens of thousands of New Yorkers and the quietest New York summer in our lifetime. Shoot for the Stars, Aim for the Moon his debut studio album was released at the beginning of July 2020 by Victor Victor Worldwide and Republic Records. The album has collaborations with artists Roddy Ricch, Tyga, Quavo, Future, Lil Baby, DaBaby, Swae Lee, Rowdy Rebel, 50 Cent, Karol G, and Lil Tjay, and King Combs. After the death of Pop Smoke, his song “Dior” became even more popular. After the murder of George Floyd, the protesters around the country and in New York play the song on the demonstrations of the Black Lives Matter movement along with YG’s inflammatory “FDT” and other songs.

After the tragic death of Pop, his songs changed different movements and even the biggest entertainment venues in North America. Fans believe that even US and Canadian casino venues use Pop’s tracks for guests. In 2019, Pop Smoke had many private shows in the US and Canada. He has performed in wild casino shows that were accessible to only rich guests. Casino venues throw some crazy parties where big rappers and hip-hop performers have a live show and meanwhile people can enjoy the casino vip rewards created only for this occasion. Guests believe that Pop Smoke’s private shows in casino venues were wild and the most exciting thing. After his death, a new album and especially a few tracks of Pop turned into an anthem for the tragic 2020 that the whole world and the rapper’s homeland the United States saw. His songs will forever remain linked to this year’s events. It is not clear yet if there is any performer that will be granted the honor and the right to perform these songs for the public audiences. At the moment, there are no venues across the United States and Canada that might offer any live performances. However, as Canada entered phase one of the reopening, Canadian casinos might start hosting events and live performances for a small number of VIP guests.

50 Cent commented on the release of the album Shoot For the Stars Aim For the Moon, criticizing the Pop Smoke team for mishandling the album. The Pop Smoke first studio album Shoot For the Stars Aim For the Moon was released June 3 and will probably be No 1 on the Billboard Hot 100 chart. In the United Kingdom, the album repeated 50 Cent’s success by reaching record highs for a debut by an international artist in the UK charts, 17 years after 50 Cent. 50 Cent was an executive producer of the album and he shared on the Instagram that he is “not feeling the way the guys involved with Pop’s project are handling things” adding that he will not be collaborating with the team further.