Los Angeles, Ca:  The Rap Contest announces a Los Angeles residency, every Tuesday startingJune 2, 2015.  The Rap Contest is a live original song competition series started in 2010 bySellassie with Inhouse Talent.  The event is a platform for independent artists on the rise and has showcased some of the top upcoming talent you don’t know yet.  The Rap Contest has stopped in more than 12 cities from coast to coast including Los Angeles, New York, San Francisco, Berkeley, Chicago, Washington D.C., Atlanta, Austin, Houston, Orlando & Seattle and is excited for our new weekly event in LA.

The Rap Contest, originally called 2Racks Rap Contest, is a fast-paced song competition for upcoming hip-hop artists to showcase original material, perform live and compete for a cash prize.  The series is innovative, trendsetting, and authentic and is consistently packing clubs for new music.  The Rap Contest number one objective is to provide live performance opportunities for independent artists to become more successful and self-sustaining.  The Rap Contest is building a genuine network of independent rap entrepreneurs, encourages artists to listen to each other’s music and provides a priceless opportunity, a platform to be seen and heard in front of new audiences.  The Rap Contest has produced 68 successful shows in its first four years and has awarded over $80,000 in cash prizes.   Partnered with several local and regional promo companies, radio stations, studios and organizations, The Rap Contest has booked over 1500 talented and emerging hip hop artists from across the country that have performed in front of industry professional and celebrity judges ranging from music supervisors, radio station music directors, on-air personalities, producers and artists.  The Rap Contest is independent hip-hop, it invests in artists on the rise and respects and contributes to the culture of hip-hop.

The Rap Contest creator, host and producer Sellassie, is the world’s first higherground hip-hop artist; he is a social justice activist, entrepreneur, event producer and pioneer.  He has carved his niche as a leading progressive voice inhip-hop and as a force in bringing independent artists together.  With an acclaimed and award-winning debut release,I’m Tryin’ to Make a Livin’ Not a Killin’, this trendsetting emcee has garnered a street level buzz with a fresh perspective.   Sellassie is proof that there are young black artists that can make music that is creative, street, positive and smart.  He stands firm to his message, has a charismatic presence and is evidence that not every rapper raps negatively, glorifying drugs, guns, money or their ego.  He is also the creator, producer and host of the Independent Artist Series, The Rap Contest, We All We Got and Undiscovered Tour.   Producing over 200 shows on the calendar in the last five years in over 15 markets nationwide, the series have distinguished themselves as premier outlets for independent artists.  He is also working with many social, political and youth based initiatives, and is a contributor to various special projects including the film, It Doesn’t Cost Nothin’ to Dream.  Sellassie is grounded; a confident and refreshing emcee in an industry plagued with commercialism, materialism, negativity and drama.  Sellassie utilizes his music and events as a vehicle for social change and inspiration, and he regularly states that he “wants to be in the history books, not the pop charts.” 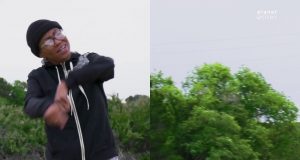 Roughneck Jihad – “The Wretched of the Verse” (Album)