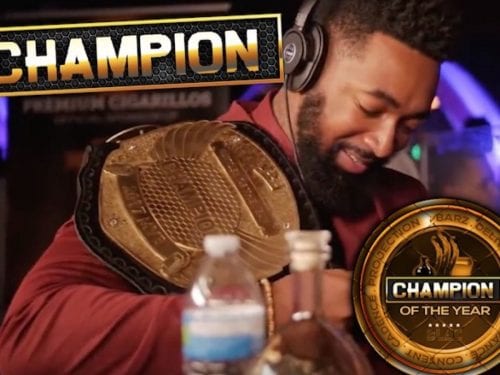 Battle rap edged towards a seemingly ever-increasing high watermark in 2020, with another year going strength to strength despite the ongoing COVID-19 pandemic meaning almost all battle rap events were limited to small crowd settings in a more intimate, closed environment. With Boston’s now legendary king pen Chilla Jones and Viixen The Assassin both recently respectfully winning battler of the year awards as dished out by the ever-present CHAMPION brand lead by JAYBLAC, we take a look at the Top 10 Battle Rap Media outlets currently out there. The current Top 10 are;

Almost goes without saying and currently the dominate, objective media voice in battle rap. Jayblac has been active for years as a blogger and has expanded his brand into the polished ESPN-like version of a battle rap show in CHAMPION. Blac himself is in an interesting position working heavily the dominate battle rap league in SMACK/URLTV on Caffeine while still able to cover to some significant degree the two other big leagues in King Of The Dot (KOTD) and Rare Breed Entertainment (RBE), as well as smaller leagues when deserved. His depth of knowledge and deep involvement in battle rap culture has him highly respected and able to interview a range of artists in a respected manner. His show CHAMPION is highly entertaining, although admittedly it did have some hiccups throughout 2020 with some of his panel members suffering a few minor incidents and over-favoring NWX at times. Jayblac also continues to develop his reaction channel and has a strong twitter presence, as well as making large media moves with URLTV.TV. Major URLTV battle face-offs need to be held by Blac throughout 2021.

Chris Unbias is back in battle rap after a few years’ hiatus following legal issues in which he was acquitted of. While his YouTube views and quantity of videos may not be as much as other highly respected battle rap media outlets, Chris Unbias breaks down battles and events like no one else and his interview with Norbes was the most wanted for the last year as one of his The Untold Truths. Welcome back Chris and the lane he has carved for himself in years gone by is still his – completely Unbiased.

Just ever so slightly in front of 15 MOFE, Hip Hop Is Real has continued to have another very strong year. Knowledge The God and team have now amassed 149k YouTube subscribers with 108.8m total views (recently surpassing 15 MOFE) since 2014. Knowledge tha God continues to expand his personal brand on Math Hoffa’s My Expert Opinion video podcast show and larger Instagram following too.

Uncle Rah of 15 Minutes of Fame (15 MOFE) has another stellar year getting his classic street-based interviews with battlers before and after events like HHIR, although the platform does appear to be largely focusing on SMACK/URLTV events which is not necessarily a bad thing. With 163k YouTube subscribers and 106.2 million total views since launching in Feb. 2012, Uncle Rah has the number 1 subscribed to battle rap platform on YouTube. His regular segments of The Restore Order Podcast w/ Swave Sevah, Heavy Bags and Ike P, Queens Of Battle Rap, Lost In Translation Podcast and Henny Sundays w/ D.I. The Hennyman also add depth to 15 MOFE.

HOFFA continues to keep his name strongly in the mix without a large SMACK/URLTV battle for a while now. Interesting and unique battles with Chubby Jag, Method Man of Wu-Tang Clan and Nicky Jam have been coupled with his regular upload schedule of his various shows including Read Between The Lines and Friday Night Fights battles and his broad appearances on other major hip hop platforms (most notably on multiple issues of Drink Champs w/ NORE and DJ EFN). Hoffa in the barbershop also hit the road in recent months and he adds in his unique perspective and someone who has been at the top of the game for well over a decade.

CAPS is back from his unfortunate car accident and once again leading the much-needed Angry Fan Movement (AFM). His objective voice and unfiltered opinion saves no one from a grilling and keeps his foot on the necks of all who deserves it in the battle rap culture. Going live on YouTube and a strong upload schedule of late has his neck and neck with Piperboy Williams for the current 6th spot. Outspoken and needed.

LISTEN TO MEEE!!! Piperboy Williams has had another strong year in the battle rap blogging world, although he continues to effectively spread his brand into the wider hip-hop world and discussing financial issues broadly. Becoming much more than just a blogger, Piperboy has rode his Young Buck wave and understands how the YouTube algorithm works well.

Highly active with battle recaps, the duo have a great consistency and a very strong work ethic. Potentially will be able to push themselves further up the list over the next year if they keep up the same energy and upload schedule.

Tony Bro continues to lead his team including Polo, Posey, Midwest Drizz and Cola. Highly respected and a consistent YouTube upload schedule helps the objective platform continue to have a much deserved Top 10 placing. Strong audio podcasting reach as well.

A somewhat divisive figure in battle rap media, Battle Truth continues to blog heavily and maintains his viewership. No one uploads, streams and puts out more content and he has successfully made his own lane for himself and Battle Truth is well and truly here to stay. 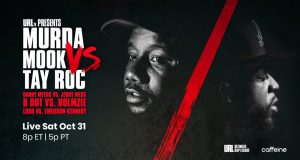 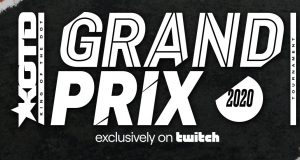 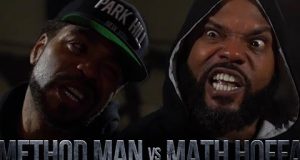