Peace Rastabwoykell, so can you tell us how being from Chicago, IL inspired you to build a career in Hip Hop?

Greetings, being from Chicago my family and friends inspired me to build a career in Hiphop. In high school i had met Drubeatz and John Sol and found out they did music and we linked and started a group that eventually turned into our first independent record label. I also had cousins that was into music. They was always rapping and i wanted to help get them out there so i got a camera and learned how to do music videos. We always wanted to do build our own thing so my older cousin always made sure i knew how to keep things in house. From videos, to engineering, to producing, graphic design for cover art, distribution, and marketing. I learned from many videographers, producers, engineers, and rappers while coming up as a videographer/engineer soaking up knowledge and experience shooting videos and being in the studio recording artists. Music became a way of life.

When did you start taking Hip Hop seriously as a career? Also, have you always started with Rastafarian style of rap?

I started taking Hiphop seriously as a career when the Chicago police had stole my camera and equipment. Thats when all i had left was my studio and Haile Selassie says that your life’s work is whatever you are well equipped for so i made a decision that i was going to pursue music and started learning how to be a independent artist. I wanted to make my own brand of rasta music like bob Marley did so I always did Rastafari influenced music like reggae on the side. When i first started i was trying to be more lyrical but majority of what i did was more Conscious/trap influenced. It wasn’t until trapsta fari where i put the two together. Last year I started takin things more serious after my artist/label mate GMM Lil Mari got locked up shortly after we started our own record label. #FreeMari

We read in your bio you started your first home studio at the young age of 15!! That is an amazing story and many youth today will never start that young. Break down the starter equipment that you use to get that studio off the ground.

I first started off with a rockband microphone in John Sol’s kitchen on his windows laptop. I always used Reaper as the recording program and when i moved the studio to my basement I had got me a Lenovo gaming laptop since games require alot of memory and i knew i was going to be recording alot of songs. I also upgraded to a m audio interface and went thru a few condenser mics I only remember the sterling, and a shure mic before I landed on this blue spark mic.

What were some of your earliest memories in hip hop? Maybe as a kid, you saw something and told yourself, “I want to do that”?….

When i was a kid I wanted to be like G unit so bad that i made a group wit my fam called G- Rollaz and i wrote a whole record contract to sign one of our childhood friends.

Do you find most of your fanbase familiar with you from your old projects, or do you feel that you’ve been discovered in recent years more so on the merit of your new music. Please detail.

I would say i I’ve been discovered more thru my new music bcus it gets people to see how I’ve evolved as a artist, but at the same time I often find people going back thru my catalog and listening to my older projects such as Rastaman Laflare, or Trapsta Fari.

Being from Chicago, it seems like Chance & Kanye are the status quo when it comes to Chicago rep! But there has to be more artists who came out of Chicago prior to those dudes right? If so, please give us a few names.

Yes i, definitely, there’s this Hiphop artist named Vitamin C from the south side of Chicago and he actually ended up being part of a Hiphop/Reggae group called God C.O.R.P under the name OG Cush. I listened to their project before creating what i call trapsta fari.

What is your approach to releasing music today in 2021?

I approach music thru ideas and concepts or themes and once i have that content in music form I go thru my distributor under my Record Label and i like to have a few pieces of visual content ready for marketing purposes. Social media plays a big role in my releasing in 2021 bcus its how i connect and reach new people. This year I learned to start having a rollout plan for my projects which has helps alot to keep me on track.

Wow, your latest album “6/8” is a true BANGER in our books, your delivery & style is truly out of this world! Tell us the story behind your recent project, And a little about the album cover concept!

I kept feeling this feeling in my hand so i bought a drum and that eventually lead me to King Solomon’s Mines where I learned how to play drums from the Master Teacher Papa Mangue. I had such a mystical experience of harmony that i wanted to share this in my own way thru music by adding concepts from class into my production such as changing the music timing from 4/4 to 6/8 or 3/4 depending on how you want to count it. I also was heavily getting into sound healing so I added healing frequencies such as 639hz, and 111hz into the production as well. The album cover concept came from me trying to find a way to showcase numbers in a art form and what came to mind was someone who inspired me on my path as a independent artist which was Jay Z and the 4:44 album.

What can fans look forward to next?

Fans can look forward to this new single ill be dropping on July 23rd called “Freestyle” and its in 6/8 timing. That’s also the birthday of His Imperial Majesty Emperor Haile Selassie.

Lastly, we at UGHHBLOG always like to ask what’s your personal definition of underground

When i think of underground Hiphop I think of conscious or independent artists. 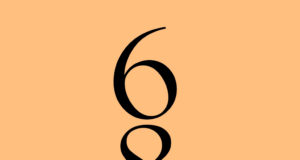