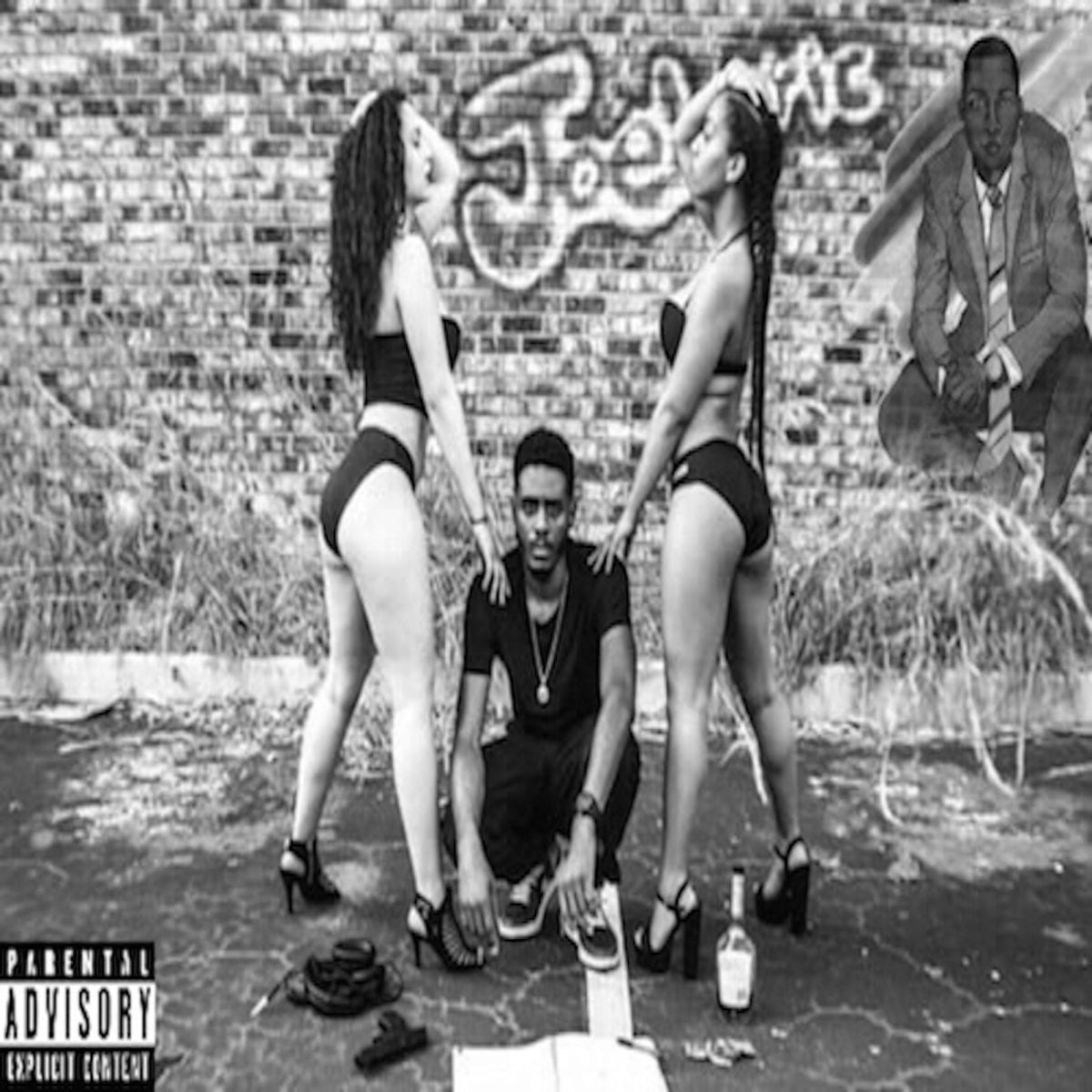 The DMV area should be very proud as of right now? Who influenced you to start making Hip Hop? How did the name JoeLyric come about?

I would hope to make the DMV proud. That’s my home you know? One of my greatest influences is Jay Z, hands down. I remember being about 5 or 6 years old rapping every song off “Blueprint”, especially “Song Cry” and “Big Pimpin’ “. Well, I’ve been rapping since I was 8 years old and my stage name was “LilJoe” because that’s what everyone around the way called me. Still even to this day. But, I changed my name when I was about 16 because I didn’t want to be 30 and people still calling me, “LilJoe”.

What specific area of the DMV to you rep?

I come out of Southeast, D.C., but I actually have lived in all three parts of the DMV, which is D.C., Maryland, and Virginia so I like to rep the DMV as a whole. We need to completely unify anyway, hopefully I can be a stepping stone onto doing so.

Feel free to breakdown the creative process on your latest Mixtape “Behind The White House”.

Behind The White House is a mixture of me wanting to tell the stories of different people in the DMV area in different perspectives (Male and female) including my own From the good, to the bad, to the ugly. And for the outsiders who know nothing about the area and who have never been to the real DC and gutter part of Maryland. Who think that DC is just the monument, some buildings, white-collar people, and the White House. It’s a real “don’t judge a book by its cover” type of thing. I just wanted to let them know that, all the while I’m giving something back to the community.

How many times have you performed live in front of a large audience? Any plans on touring and taking your music on the road?

Actually, I have only performed twice and not even in front of large audiences. We’re trying to set things up at venues and other places now. As far as touring goes, I think locally I will be. The DMV area that is. Hopefully I am blessed enough to really tour and get on a big stage, that would be crazy.

Planning on releasing any more videos to complement your latest mixtape?

I do have videos coming out sooner than later. They’re actually in the works as we speak.

How do you feel about the state of DMV Hip Hop today? Considering the fact that we get a lot of DMV submissions by far you have been the best MC coming out of there in our opinion.

Thank you very much. I appreciate that a lot, sincerely. DMV Hip Hop is DMV Hip Hop to me. We have our own style that can go as far as we take it. I feel like if we could all meet in the middle and come together, we could be a force to be reckoned with in all aspects of art. Just have to build on that momentum.

Are you going to be working with other artists in the future?

That’s a question only time will tell, really. I’m willing to work with any artist as of now. I guess it’s just all about making the right moves to get there.

Our most popular question, what is your definition of “underground hip hop”?

First, I have to give a shout out to God! Without his blessings along this journey I’m sure I wouldn’t even have gotten this far. I want to shout out my brand, “Forever Apex Entertainment”, for standing two years strong. Also, a huge shout out to my good friend, engineer, Nick Makosky. He played a big role in this project, sacrificing days of sleep with me in the studio to get everything right. Him and another good friend of mine, Sauce of “Saucy Films”, share the same work ethic as I do and we get the job done. He actually directed my video, “Best Rapper Under 21”. He has a great eye for concepts and puts life into visions. Also, another good friend of mine, Abel. An amazing singer, I suggest everyone check out his single, “Lately” on SoundCloud ( https://soundcloud.com/iamabelmusic/lately ). Shout out to Tee, Kyre, Shae, DaeDae, Asia, Max, and Mike, and the rest of my friends and family for being the great support system that they are.