We are glad to catch up with OxfordGang since the release of their latest collaborative project “Renaissance II” we recently reviewed. Back in 2020 we did our first Q&A with them, 2 years later lets see what they are up to.

– How ya’ll doing B.H. Tryggs & Black Canvas? Looks like you guys survived the pandemic and dropped a new project “Renaissance II“. What else were you up to during the lockdown?

B.H. Tryggs: A lot of building. Early in the pandemic I started focusing on our beats and took over production as, “The Oracle”.

Black Canvas: During this same time I began buying our videography equipment and focused on learning how to edit video all while we both continued to study sound recording. We have two studios between us.

– On a personal tip, how do you guys as a duo keep that creative energy during the lockdown?

B.H. Tryggs: Family comes first so it was easy to continue build. We’ve always been close.

Black Canvas: We are first cousins and Tryggs is the older of the two of us. Family and working within our circles kept us right during the pandemic… and a lot of scotch.

– How are fans reacting to the new project? Are their particular songs to highlight?

B.H. Tryggs: People are showing a lot of love! This was the first project I’ve completely produced for OxfordGang and it’s a nice break out! We’ve never had a more complete sound! “GodSpeed” is definitely a central part of this project. Production as a whole is complimented but tracks like these showcase our abilities.

Black Canvas: We both pour a lot into our collective, but I always try to bring the sharpest edge I can lyrically to meet his monstrous production! The listeners are loving it and enjoy the challenge I present against mainstream hip hop! For me, tracks like “GodSpeed”, “Kill Hercules” and “Underworld” really show through.

– Out of all the 10 tracks, which was the favorite to collab on?

– Have any opportunities come up off the strength of the project?

We have now been a part of two, “ArtPrize” events held here in Grand Rapids, Michigan! The love is definitely felt! We also offer video and sound recording so when our tape and visuals got around we were able to work with more artists locally to up there visuals and sounds!

– Any more projects from the “Renaissance” series in the works after part 2? In our review we kind of teased the audience hoping for more!

B.H. Tryggs:  “Renaissance 3” is already in the works for a summer 2023 release. I’m currently working with Canvas on his 2nd solo album following “Triple Hero”

Black Canvas: “The Renaissance” series to us is what “The Carter” was to Lil Wayne. We want to make that a household name in hip hop. We be sure to have you guys review the album.

– Any artists or producers who guys have planned on working with in the near future? If so, for what projects?

We would like to do work with Daringer, Benny, Conway the Machine, Alchemist and Rick Hyde in the future.

– How is the rest of 2022 and 2023 looking like for OxfordGang? Anything fans should look out for?

B.H. Tryggs: I’m working to finish Canvas’ solo tape and may drop something myself afterwards. There is a lot of room to build between now and “Renaissance 3”

Black Canvas: My project is closing in on finished and I’m locking down a few features now that should make things interesting. All Gun Ru emcees!

– Lastly, any shout outs and mentions?

B.H. Tryggs: Michigan hip hop as a whole and especially guys like Boldy James helping put Michigan on the map for guys like us! 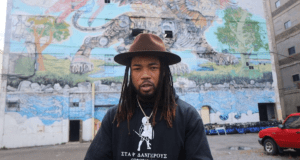 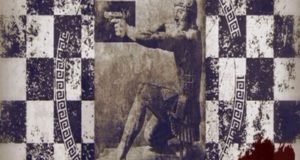 B.H. Tryggs & Black Canvas Are on the Road to Glory on ”The Renaissance II” (Album Review) 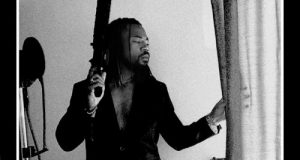