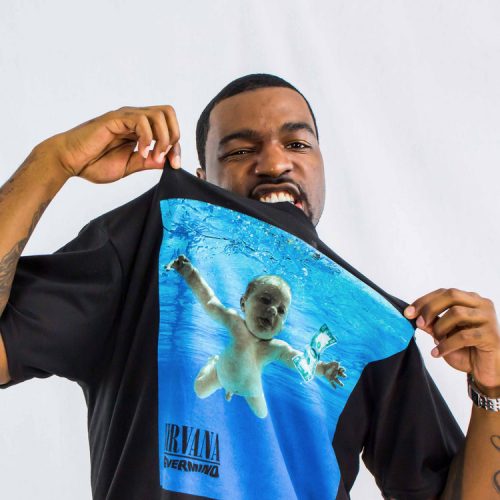 Hey Trizzy Trav! Please tell us how long have you been making music? Most importantly, how did you come up with your rap name?

I’ve been doing this since 2013 with my team and brand, Loyalty Life. My name comes from my big bro. My name originally was T.Dot but when he passed I changed it to Trizzy Trav cuz that’s always what he used to call me. It’s my way of bringing him along with me on this journey.

What separates you from all the other rappers from your city?

I think my upbringing is what makes me unique. My family is west indian, from St. Thomas. So we barely listen to hip hop to begin with. Then I’m born and raised in Jersey. Then I moved to Buffalo during college so that’s 3 different cultures. 3 different styles and sounds. I try to mix them all together to create one unique sound.

In a few words, how would you describe your sound?

Motivational. Inspirational. I make music from goal driven individuals and I try to make my music sound like that. I want you to listen to my music and say “Ok, I’m ready to go get a bag” or “I’m ready to go workout.” Whatever it is you got on your mind I want you to conquer it and be the best version of yourself while doing it.

As far as music production goes, everything is pretty much in-house so no delays there. Shows definitely took a toll though. I had some shows lined up this past spring and then Covid came and stopped all that. It definitely forced me to try and get more creative because of that. I feel like you’re competing with people’s leisure time much more now because everyone’s attention is being taken up in the house by watching movies on Netflix.

Please breakdown the creative process of your new album “Glass Ceiling“. And tell us a little about the album cover concept!

I wanted to bring you into the thoughts and conscience of someone who wants to accomplish their goals and dreams at any cost. In the midst of that, there are roadblocks and self doubt that you come across. I wanted to share mine and how I dealt with them. From relationships, to self doubt, to sometimes having to take a detour, to things not going your way. I tried to touch on how these things can steer you away from the goal and because of that, you can get in this space where you think that you’re stuck. But you’re not stuck. Actually, you never stuck. That’s the glass ceiling. You have to break through it. Which is why I wanted the artwork to show me breaking through that ceiling. Shoutout to 3K for creating the artwork. And if you listen closely to some of the ending of the songs, you’ll hear glass cracking. Going through every situation is actually breaking that ceiling little by little. Until you actually break through.

That’s tough because they all give you a different feel so it can really depend on what kind of mood you’re in at the moment. As of late, I’ve been listening to passion vs. action pt. II. That song makes me reflect on a lot of things I’ve been through. The more I listen to it, the more I tell myself I gotta make a part three.

We have to ask, with all this social discourse and revolt, protesting and rioting, exposed police brutality toward blacks and BLM, how do you feel about this? We would love your perspective on the climate we are living in right now?

I usually have a blind eye to these things cuz let’s be honest. How long has the same thing been going on? Since I was born for sure. And it feels like it never changes. But something about my son getting older made me have to think. I have to raise a black man and he needs to know what’s going on and how to handle himself out here. So I became more active. I did more research. How can we really change things? Marching is cool. Protesting is cool. But where’s the action and what can we really do? So I tried to educate my son as much as I can cuz honestly I think it’s in the younger generation’s hands to take action. It’s the older generation’s responsibility to educate the youth and do what we can. I actually stopped making this project and I made an EP called What Was In Store over the summer. It’s about 5-6 songs about how I felt and my views and thoughts. Just wanted to contribute to the awareness in a different way along with the protests in my own way.

Did you vote this year?

Of course! Mail-in ballot. Get the orange man out of there!

Well for me, it would definitely have to be a Little Brother album. Were they still considered underground when Getback came out? If not that, then The Minstrel Show for sure. I always loved their sound. They influenced a lot of people’s favorite rappers.

To me, underground hip hop is that diamond in the rough. I feel like people appreciate underground so much more because it’s something that you searched for that you can’t find anywhere else. Once you find it, you feel like it’s yours and you cherise it.

Just google Trizzy Trav. Everything will pop up.
www.trizzytrav.com
IG: @loyaltylifetrizzy
Twitter: @trizzy_trav_
And make sure you head over to www.theselsdifferent.com and cop you some merch! 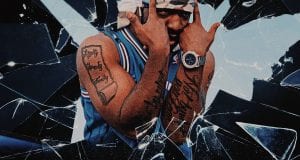 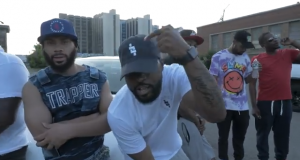