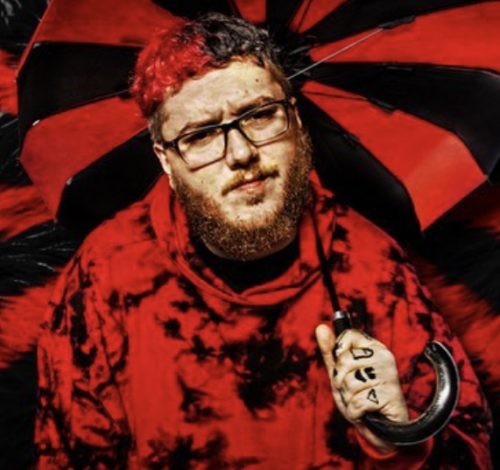 Rap music was always played around me growing up. My dad, my mom & all my older cousins were into it. I was born in ‘95 so it was all over the TV & the radio & just caught my attention more than other genres. I remember taking my mom’s Marshall Mathers LP cassette at age 5 and listening to that all night. I rewound the song “Kill You” so many times I broke the tape & she had to buy a new one. My cousin Nikki would babysit me with her friends around the same time. I vividly remember the “Hypnotize” video by Biggie playing on MTV & they would twist the words to “Gibby Gibby Gibby, can’t you see….” & that shit would make me laugh until I was red in the face. All my older cousin’s hot friends singing my name, maybe that sparked a plan in my young head haha (joking). I remember both of those scenarios to this day.

Why is it that you chose your given name as your moniker?

I was called Gibby since before I was born. Gibby was a family nickname that came from my grandpa. My real name is Gilbert Stites III. When I was a teenager, I would flip through rap names & gimmick ideas and my mom would always say “you were given a cool name already why don’t you use that?” & when I was like 16 I decided she was right.

Tell me what it was like growing up in New Jersey

That’s a tough one. I moved around a lot my entire life, but for the most part always stayed in NJ. Millville is my hometown (856) & I went to middle school/high school in both Trenton & Hamilton Township (609). Drugs always had a huge impact on my life. I’m sure so many other states can say the same, but there’s been an opiate epidemic in NJ for as long as I can remember. My dad was in prison for almost all of my childhood & the years he wasn’t locked up, he was a hustler. He always made sure I was good, made sure nobody was messing with me & made sure I had fresh clothes when he was around. My mom has her own story I’ll let her tell one day, but I’ll say she’s the strongest woman I know. She lost it all for a while when I was about & I got placed with DYFS for a while, then just bounced around for a few years to different friends’ & family members’ homes until she got everything back on track. Those years were Hell for me, but that’s too long of a story. I moved back in with my mom when I was about 12 & already had this music plan by then from all the years I spent moving around & being alone. We were so broke & I didn’t even care or realize because I was happy to be home, but I realize now. She worked 2 jobs, plus some side waitressing. I remember recording my first songs on a ‘98 gateway computer we found in an old storage unit of ours (this was 2009). Anyway I could go on for days with individual stories of how I grew up, but that’s a small taste of it. Shoutout to my mom & my pops they’re both strong people who are doing amazing things for themselves these days.

Not only are you a skilled MC, but you’re a dope producer as well. Which were you doing first & what made you wanna do both?

Rapping definitely came first. I actually produced early on because I couldn’t afford original beats & I was super inspired by Esham. I remember buying a bunch of his CDs when I was 13 the summer before I built my first “home studio” & almost every CD would say “all songs written, recorded, produced & mixed by Esham”. I always read album credits like books & he was the first artist I witnessed this with. I thought that was the coolest shit ever & still do to this day. A man who makes a beat from scratch THEN raps on it. To me as a kid being able to rap was always the coolest thing someone could do: then that element made a rapper even cooler. Someone who does both. Does it all.

You recently just signed to Majik Ninja Entertainment. How did that come about?

Maaaaaan now that’s a long story. Bare with me. I’ve wanted to be an MNE artist since before the label was even announced. I couldn’t wait for Twiztid to announce their own imprint. I was about 18 or so when they did & I never sent demos in or anything like that. Mostly because I knew I wasn’t “there” yet skill wise. The other reason would eat at me more however. Honestly for a long time, I didn’t think I would get accepted or respected in the wicked underground scene because I’m not a horrorcore artist. My music can be dark, but from reality. Anyway for a long ass time I focused on just getting better at my craft. Just trial & error. Writing, recording, mixing, releasing & promoting for years. Trying different styles, making sure I always have fun with it. Every single day since age 14. Fast forward to one day in early 2019, I randomly entered the MNE Beats contest hosted by Godsynth where I came in 2nd place. Shoutout to that man for being the FIRST person in this scene to really give me an opportunity and tell the haters “Gibby is dope, wtf you mean???” I think that gave me the confidence boost & mentality that my shit was finally good enough to really stand out amongst a crowd (I always knew it would happen one day) & that I COULD get respected in the underground scene without changing my style. That same summer/fall, I was doing a gang of shows & cyphers on the east coast already & decided every chance I got I would put myself on George & MNE’s radar. I opened for Boondox in Trenton, NJ. I opened for Twiztid a couple times on the 2019 Everyday is Halloween tour & got a chance to meet them briefly at one of the shows. I asked the guys to sign my arm so I could get it tatted after the show. I fanned out for a minute & told them when they see me performing I wanted them to know they inspired that. I thanked them for all the music they’ve made & for going out on their own and starting their own label. When I was leaving, I was shocked to hear Jamie say something to the effect of “Yo Gibby! Keep doing what you’re doing man, that shit is dope!” He followed me on IG that night & proceeded to keep up everything I posted after that. The relationship just kept growing from there. I got Jamie & Blaze both on songs for my independent release Regularly Scheduled Programming. I was contacted to do a performance for Netfest on Your Couch. Me & Redd made a dope ass track called “Gameboy Advance” for his album, which is awesome because we met back at that Boondox show in Trenton & instantly thought he was a cool ass dude on top being an amazing performer. Little did I know, Jamie was paying close attention to all this & the man himself called me one day like “Yo I’ve never really done this before, but I want to take you under my wing as a protege”. I told him not to be corny, but that’s a dream come true & that basically leads us to the creation of The 13th Wonder EP.

You’re also set to drop your upcoming EP The 13th Wonder pretty soon. What’s the inspiration behind it?

Jamie wanted to work on music in person, old school style & really kick it with eachother & make this introduction style EP. Which is crazy because me & my homies in high school used to sit in the home studio all day long, having fun, hopping on each others tracks just because we wanted to. I work alone a lot now, but those days were fun & I was missing that. So me & Jamie Madrox posted up in a vocal both for 2 days chilling like old homies, that was the inspiration. We had a couple studio days lined up with the goal of finishing 4-5 tracks together for an EP & we made…more than that, lol. We both work quick & it was honestly beyond refreshing writing & recording tracks with him in person. I hadn’t worked side by side with another rapper that effortlessly & with such a high output level since high school days. It was FUN & a lot of the music we made together is fun. I have an entire solo LP recorded as well, but me & Jamie just really wanted to capture this moment & the excitement we both had to work with eachother. Man, I’m happy we did! It’s a project that couldn’t be recreated, I will tell you that much.

Our most important question: What is your definition of underground hip hop?

I’m sure someone will crucify me for this answer, but to me being underground has nothing to do with your sound & is just a status. At any given moment if an “underground” rapper’s song gets played on the radio & MTV & gets blasted to the mainstream. Then just like that they’re no longer underground. It doesn’t have to mean their music changed. I think too many people associate underground hip-hop with the sound of whatever underground artists they’re most familiar with. There are underground rappers who make trap music & even borderline pop music that could blow at any minute, but they’re still dropping on SoundCloud with only 500 plays & a few followers. That’s underground, baby. When I say “underground” in my music, I’m referring to the fact that I’m still hungry, generally unheard & fighting for a meal ticket. That’s underground.

How have you been dealing with all the craziness that’s happened in 2020?

As generic of an answer as it is just working on a lot of music. At first 2020 was hitting me hard like everyone else, being an essential worker through the pandemic (Don’t get me wrong, I was grateful to still have a job) while losing so much independent artist money from shows being cancelled. This MNE deal came at the perfect time to say the least my mind & time have both been extremely occupied on all the great things to come.

Lastly, do you have any advice for those trying to set their foot in as recording artists?

So much advice. The best ones are the cliches I’m sorry to say.

1. First off make the music that either you want to hear, or that you feel in your heart. Enjoy what you do. Be proud of what you make. This is your canvas don’t let anyone tell you what to paint. Go outside the lines all you want. Don’t worry about following a trend, it will be over by time you catch up I promise.

2. Expirement now so they don’t box you in later.

3. You don’t need a plan B, but it is important to stay out of debt & work (yes I know regular jobs suck) so you can earn money to INVEST into yourself. There’s a good chance nobody else will invest in you in the beginning so you have to do that for yourself.

4. If you believe in yourself hard enough, then eventually others will as well.

5. Practice & never stop working even if it feels hopeless. Keep practicing & always be ready because I swear that opportunity can come OUT OF NOWHERE when you are absolutely broke, beaten down & hopeless. So always work on your craft. Do what you enjoy. 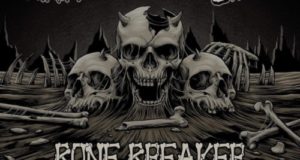 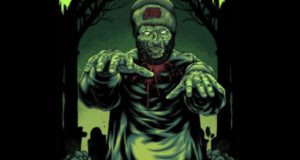 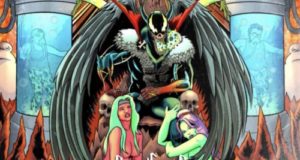