Q&A With Milano Constantine & Body Bag Ben About Their New Album, “Write It in Blood” 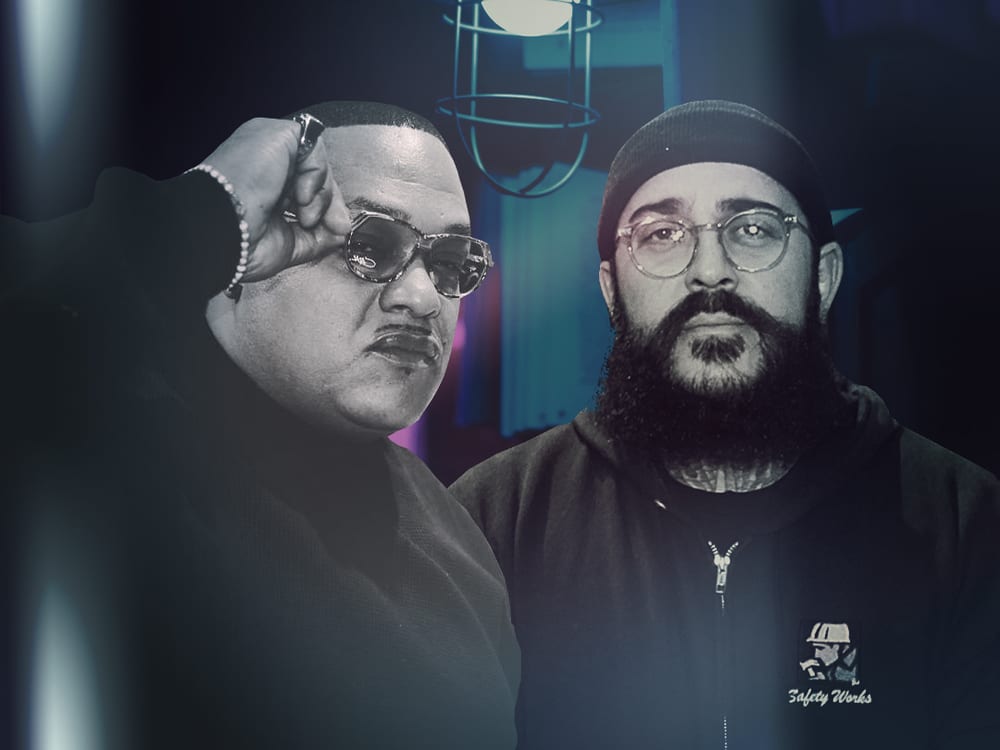 – How did you first connect? And was it always the intention of collaborating for a body of work? Please detail the process of how, “Write It in Blood“ came to fruition.

Milano:  We actually worked before on a joint called “Don’t Become a Victim” off my collab EP with Planet Asia. Peace to my Brothers DJ Enyoutee, Jay Royal And Planet Asia. That’s when I First Heard about BBB on the production side.

Body Bag Ben: Yah, after “Don’t Become a Victim” it was a no-brainer to collab for a full body of work.

– What prompted you both to lead off with the album single, “The Hearse” back in February? And how has the track/video been received?

Milano: We wanted to drop something for the people. Plus It’s metaphorical…we’re really going to come body the competition [laughs].

Body Bag Ben: We just wanted to get something out there for the people and start getting the ball rolling.

– Upon release of “The Hearse” the album was announced with the working title, 2 Kings. What prompted the title change, and how did you come up with the idea for the new album title?

Milano: I produced a track called “Write It in Blood.” It was only right we went with that title. It’s It sums up the passion we write with through all the blood, sweat and tears.

Body Bag Ben: Yah after that track was completed, it just felt right for that to be the album title. We both really tapped in with the pen on this one.

– Body Bag Ben, for those unfamiliar, please shed some light on your background. Considering your multi-faceted skill set, did you begin your foray into hip-hop first as a deejay, emcee or producer? And at what point did you decide to collaborate with other emcees? Please detail.

You know what’s funny about that is I started deejaying when I was like 12-13. Shit just stuck with me. I got into beat boxing, break dancing and emceeing not to long afterwards, probably around 14. I started playing instruments at a young age as well, and producing kind of just came natural to me. I’ve always had a passion for working with other artists to create some wild shit. I was in multiple bands growing up, we were signed to a record label, toured all over and all that stuff, so having that collaborative spirit has always been a thing for me.

– Milano, your career has had a strong second wind over the past few years. Do you find most of your fanbase familiar with you from your D.I.T.C. affiliation, or do you feel that you’ve been discovered in recent years more so on the merit of your music. Please detail.

I believe it’s a 50/50 split. I’m Heavily ingrained in D.I.T.C’s history and have been featured on their albumsWorldwide (2000) and Street Talk (2005), records like “Where You At?” featuring Big Pun & Big L (RIP) as well as “Hey Luv” from OC And Cuban Link. Since 2016 I’ve dropped verses for Hus Kingpin, SmooVth and many other dope emcees to branch out. In 2017 my brothers DJ Skizz, Marco Polo and I gave the people, The Way We Were LP. In 2018 I dropped Attaché Case, produced entirely by Oh Jay. Being consistent is key, so in 2019 I dropped two more projects; Boulevard Author, produced entirely by Showbiz, and DJ Enyoutee Presents: The Planet Asia & Milano Constantine EP, which Is Insane.

– Milano, What’s your favorite track off the EP, and why? And please reference your favorite bar from this song that highlights your elite level lyricism.

I love “Sparks Steak House” for the Emotion I put into the bars: “You hear that Dirt Cranking, this is God’s work, TD Jakes Kirk Franklin / $500 a plate at the Banquet / Silk handkerchiefs, Bally’s near my ankle shit”

– Body Bag Ben, what’s your favorite beat that you produced on this EP that you feel really showcases your prowess as a producer? Please explain.

I like them all [laughs], but probably “Hell or High Water,” it just has that energy you know. *Peep an exlcusive snippet on Instagram.

– Body Bag Ben, when compared to other artists that you’ve collaborated with, what is it about Milano that stands out and makes him unique from the pack. Please detail.

On top of being a really dope emcee and producer he’s a stand up dude, that to me means more then anything when I’m working with people. This project turned into a friendship for sure.

– Milano, considering that BBB produced the lions share of the album, at what point was it decided to include your own production for the album cuts, “Sparks Steak House” and “Write It in Blood”?

We were probably about five or six songs deep. I know Ben was only going to give me that gritty shit. So I wanted to switch the mood with something soulful yet sinister on “Sparks Steak House.” Then I just went straight for the jugular when I chopped up, “Write it In Blood.”

– Body Bag Ben, due to the pandemic, I realize the opportunity to record together was not possible. That said, did you produce tracks for this album specifically with Milano in mind, or did you send him beats that you had already produced for him to choose from? And being that you’re on opposite coasts, please detail the recording process. Would you track your vocals first, and send ‘em off to Milano to add his verses, or visa versa? Please detail.

This year’s has been tough for everyone and to be honest this project was built so organically that it sounds like we recorded it together in a studio. We definitely played off each others energy; he would send his verses I would send him mine and it just worked out perfect man. I couldn’t be happier with the final product.”

– Now that the project is complete and ready to be delivered to the masses, please detail what you would like fans and listeners to take away from the project. Please detail.

Milano: I want the masses to walk through this musical art gallery of emotions and leave saying, “we just witnessed Basquiat and Rembrandt in the flesh”…audio art.

Body Bag Ben: I want people to break their neck rockin’ to these joints! I want people to say there’s not one track worth skipping. From top to the bottom we both worked hard on this and we did it for the listeners, word up.

– Please reference your forthcoming projects for 2021 that you’re at liberty to speak upon:

Milano: We have an album with Showbiz & D.I.T.C titled, Place Your Bets, a project with DJ Swet from Spain tentatively titled, Block Work. We working…God bless.

Body Bag Ben: I have an LP with J-Scienide, an EP with Chino XL and an EP with Rick Hyde. All have crazy features on them. And that’s just what I know is happening 100%. I’m always looking towards the future you know.

– And now for our infamous question. Body Bag Ben, what’s your definition of underground hip-hop?

Body Bag Ben: To me, underground hip-hop is a combination of a shared history, a brotherhood compartmentalized through love and pain. You can’t fake the feeling when it hits you. You know it’s real.

Write It in Blood is available now for pre-order and drops next Tuesday, Dec. 29th. Click here to support☛ https://smarturl.it/WriteItInBlood 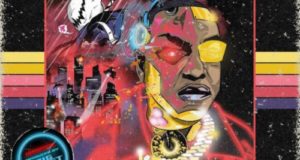 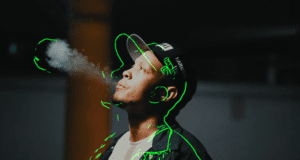 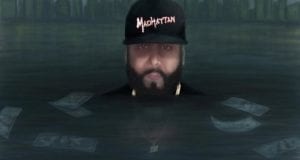