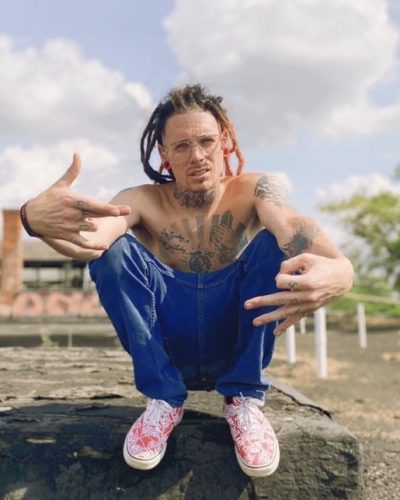 Where are you from?

I lived in a trailer park that was right outside of Chicago in Melrose Park for the first 10 years of my life. I kept getting into trouble. Kicked out of schools & shit so my mom moved me to Alabama with my grandma as punishment basically. I lived there for the next 15 years.

What is the earliest hip hop memory you can recall?

One that pops straight in my head right now is when I stayed at my dads one summer & he showed me how to make these mixtapes on actual cassettes by using a double deck player & various tapes. You put a blank tape in the side that records & play a tape in the other side, stop it, reverse it, play it. You gotta press stop & record right at the right time to make that shit dope. I stayed up all night & filled up like 3 blank tapes back to back the night that I learned & I even made cover arts out of random stuff I cut from magazines & shit to make ‘em look cool. Shit was fuckin’ dope.

The rappers I listened to the most growing up was 2Pac, DMX, 50 Cent, ICP, Lil Wayne, Eminem, Three 6 Mafia & Bone Thugs-n-Harmony.

I been rapping since I was a little kid. Like 9 or 10. I had a bunch of different names ‘till finally I just decided to go wit my real name. “Jason”, but just spelled it dope: “Jaysin”. The Sin God came after I dropped a project called SINGOD that stemmed from an experience with LSD ultimately bringing me to the realization that happiness & success comes from the balance of good & bad. Rather than trying to eliminate the bad. Duality is forever. We are all sinners & we will be sinners forever.

How did you cross paths with DJ Clay?

I was on my way down south from California & I stopped in Michigan to link up wit a homie. I was looking for a studio to record at & me & Clay had a mutual homie that linked us up. We worked on some stuff for a project I was making at the time & he loved what I was doing & eventually offered me a spot on Armed Robbery Entertainment. I loved the vibe him & his team had so I joined up. We been going crazy ever since.

Just a few months ago, you put out the 3rd installment of your Process series. What was the inspiration behind it?

I just always loved mixtapes so much, I came up on hella dope mixtapes that we’re hosted by DJs so I always wanted to drop some shit like that. Linking up with Clay pretty much solidified what I wanted to do with my mixtapes because he’s a DJ. Volume 3 was the dopest mixtape I’ve put out so far hands down. TP4 is going to be mind blowing. I can’t imagine how much better I’ll be at rapping by the beginning of next year.

Underground Hip Hop is & always has been, the rawest form of hip hop. What I can tell you is that a rapper is underground for 2 reasons.

1: Because they are independent with their business, which is the smartest way to go about this shit anyways if you ask me.

2: They‘re fueled by their passion for creating dope tracks & expressing what they feel. Not money or fame or views you know, being popular or any of that weak shit. The underground is for the rapper that doesn’t give a fuck. He just raps. 24/7. Day in & day out with the grind. He breathes this hip hop shit. A true underground rapper is the only REAL rap artist if you ask me. The underground is about real love, respect & originality.

How‘ve you been dealing with all the craziness going on this year?

First of all: rest in peace to George Floyd. All cops are bastards. The protests have been mad inspiring. I live in Detroit & see protests going on all the time. Graff writers writing “fuck the police” & “I can’t breathe” on everything. It’s refreshing to see people getting together standing up for our black brothers & sisters. Fuck the police up their ass wit 10 dicks, that’s what I say about the cops & all their corrupt bullshit. Fuck ‘em. The coronavirus is weird. So strange to me how Wal-Mart is open, the weed spot still delivers & strip clubs are goin’ hard but we can’t have concerts or music events. What the fuck, man? Then I go downtown for a nice dining experience with my bitch & they want me to wear a mask to my table only to take it off to eat my meal. Shit is goofy as fuck. That’s the only thing that changed my year though is there are no events going on, no shows & nowhere to network damn near. I grew up in Alabama where literally NOTHING goes on. There is a sad excuse for a music scene in bama, so I’m used to not going out and shit fr lol. I just been dropping music & selling merch online. Creepin’ around abandoned buildings & throwing tags up & shit. Keeping the energy as high as possible.

Is there anything you’re working on right now that we can expect soon?

I got hella singles recorded. DJ Clay & I recorded enough singles for the whole year a few months back, so we been giving the fans 1 single every month. We dropped “Different Thangs” in June & the music video is coming soon. I got a song called “What They Talkin’ ‘Bout?” dropping in July. While I got all these singles dropping, me & Clay are working on my first studio album. All production is being done entirely by DJ Clay. From the beats all the way to the mixing & mastering. We‘re making songs completely from scratch everyday. I’m ready to slap the world in the face with this album.

Lastly, do you have any advice for those who want to step their foot in as recording artists?

Man straight up if you want to be a rapper I’ll give you 3 tips right now.

1: Stay independent as you can & follow your heart. It’ll never lead you wrong like the fake ass wannabe people that this business is filled with.

2: People don’t love you they love what you do. Learn to not be emotional, don’t seek or depend on friendships or relationships because it’s hard for people to love you for who you’re when your an artist for some reason. It’s hard for people to respect the fact that you love being an artist so just love what you do love your life & fuck anyone who doesn’t respect your grind.

3: If you spend every waking minute scouring the earth for the right fans, the dopest connections & mastering your craft as a rapper, you will succeed. If you wanna be an artist, spend all your time making art or shut the fuck up & go get a job.

Tagged with: Jaysin the Sin God 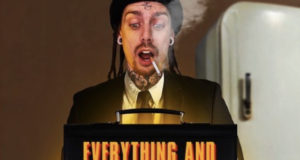 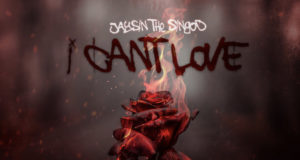 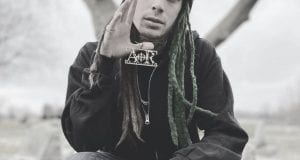 Catching Up with Jaysin the Sin God