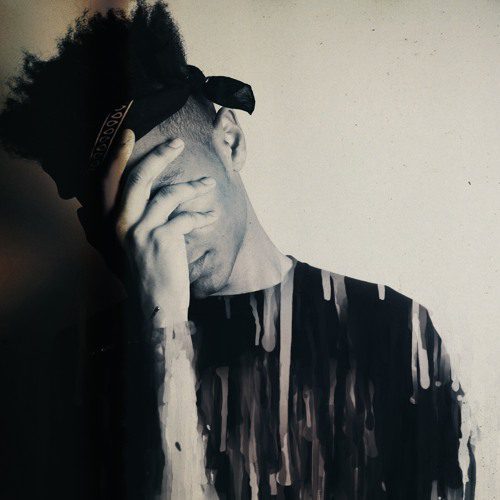 Yo, my man Kurt Hazard!!! Just want to say that your material is super dope, and your EP “Radio Wav. Communication” definitely got me hooked! Tell me a little about yourself. Where area code your rep and how long have you been making Hip Hop?

I’m a 20-year-old college student from Long Island, New York (the 516 to be specific) who’s been in the rap game since I was about 16-17. Since then, I’ve developed a newfound respect for creators of any sort as well as a desire to contribute in whatever way that I can to the culture that’ll have a long-lasting impact on hip hop.

What influenced you to start becoming a Hip Hop artist?

My love for music is ultimately what led to me wanting to become an artist myself. I listen to all genres of music and my decision to become a hip hop artist i feel was a result of the time period that we currently live in. Today, almost anybody has access to creating and/or consuming music. With millions of beats all over youtube, recording studios on every corner, and the ability to upload music onto the internet with ease, practically anybody could become a rapper if they wanted to. So that, along with the fact that hip hop is one of the most popular genres of music today, I feel played a key role in my decision to becoming an artist in this particular genre. But I honestly think that, had I grown up in a different era, I could have very well been a creator in an entirely different genre of music.

My music is just an expression of self. I pride myself in my versatility and do my best to avoid falling into any kind of creative comfort zone too often. In my experience, creative individuals as a whole are generally some of the most complex and emotional people on the planet who feel every emotion deeply. So I feel that allowing myself to only hone one sound would be misrepresentative of this broad spectrum of emotions that I as a human experience. So my goal is to represent, as best I can, any and every emotion that I feel by appropriately pairing it with one of the many sounds that I’ve added and continue to try to add to my arsenal, while simultaneously attempting to mold it into a style that I can call my own. I feel as though being able to do this successfully will be what sets me apart from my peers the most.

I have only and would only ever work with an artist that I’m a stan for. Aside from all the I work that I do here on the home front with my good friends Erik Boci and Anferno, I’ve also put out tracks with artists such as Rob Curly, Scotty Valid, and Mia Gladstone. A majority of my dream collaborations involve artists from genres other than hip hop; but if we’re keeping it solely hip hop, two guys I absolutely NEED to work with are Wifisfuneral and JID. These are two of my favorite up-and-coming rap artists at the moment whose styles I feel could mesh well with mine. So fingers crossed I’ll be at a point where I can link up with those guys very soon.

To me, there’s a very thin line between an underground artist and a mainstream one as far as the quality of the music is concerned. There are just as many artists putting out incredible music on a consistent basis getting overlooked as there are subpar ones in the mainstream. So to be labeled ‘underground’ would say less about the quality of an artist’s music itself and more so about his or her popularity in the rap game.

I can’t say I necessarily have any influences as far as the production side of things go, I just kinda go off of a vibe. When I hear a beat, I almost instantly know if I can hear myself on it or not. Erik Boci, who produced my latest single “AMNESiA”, has been someone who I’ve seen progress as a producer on a daily basis almost. Considering we’ve been working alongside each other for so long, our familiarity with each other’s styles makes it pretty easy for us to collaborate (both on the producer-artist side of things as well as on the several artist-artist collabs that we have together). Tomcbumpz, another producer from out here on the island, has definitely been someone I’ve loved working with as well. His style of production and the overall quality of his beats I feel puts him ten steps ahead of many other producers at his level. These are just to name a few, but I’ve worked with and know of plenty other producers that have been doing their thing and that I most defiantly intend on working with.

The EP is still pretty fresh and new and, considering how many hours of work I’ve invested into it, I want to ensure that it reaches as many people as it can before I even consider moving onto my next body of work. Aside from that, I did just follow it up with a single titled “AMNESiA” that I plan on shooting a video for within a couple of weeks. So I see myself most likely pushing that single/video and the EP for a majority of the remainder of the year.

Can you give us a brief description of the creative process of “Radio Wav. Communication”? Also/ tell us a little bit about the concept and idea behind your Album Cover Art.

“Radio Wav. Communication” was inspired by this terrible falling out that I had with a girl who definitely had an enormous impact on me emotionally. In essence, my desire to be heard and for a sense of closure drove me to take to my platform and create something that came from the most genuine place that it ever has. My goal was to try to capture these conflicting feelings of hurt, anger, denial and confusion that come with having your heart-broken. The cover art is basically a representation of the first track “Radio Tower”. On that song, I explain how I had gone through extensive lengths to build an enormous radio tower by hand just to create a way of communicating directly to the girl that I had fallen out with. The radio tower that I speak of, and that you see on the cover of the album, is symbolic for the EP itself- this huge and un-ignorable outcry that, while open for the public to view, was tailored specifically for one set of ears.

I’m currently on every streaming service. If you type in my name, Kurt Hazard, you will find my music on Soundcloud, Spotify, Apple Music, etc. I’m also @kurt_hazard on Twitter and Instagram and hvzardous on Snapchat.

Definitely shoutout to my hometown of Long Island and the tremendous amount of overlooked talent that resides here. Shoutout to all of my friends, family, and peers that have even supporting me for the longest and providing me with a sense of reassurance that I’m doing something right; making me feel like I actually might be where I belong. 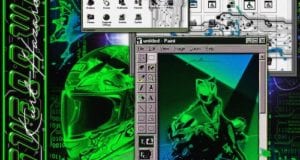 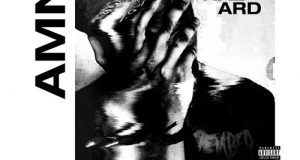