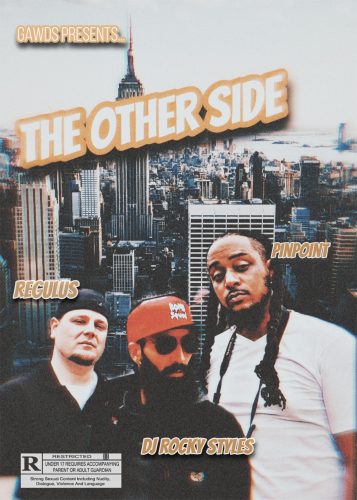 Hey Gawds! You guys are a dope group for sure! So please tell us how long have you guys been making music together? Most importantly, how did you guys come up with the group name?

Ans: We’ve been making music together for a little over 4 years now. However, we met in the Baltimore Hip-Hop scene as we were affiliated with different crews/groups originally. Gawds was discovered by an original “Gawds” member Plaii and current member Pinpoint. We wanted something catchy and we all knew how many years we dedicated ourselves to Hip-Hop. They both came up with the acronym “Going At Whoever Don’t Surrender” and that is GAWDS. We were like they’re either with us or against us. Lol

What separates you guys from all the other up and coming groups in your city and nationwide?

Ans: Ability, knowledge, life experiences, flow, appreciation of the craft and love of hip hop. We also wanna be a breath of fresh air. We don’t wanna fall in the loophole of having the same sound. We strive to be different and make good music. We need to get back to delivering a “message” in Hip-Hop.

In a few words, how would you guys describe your sound? Also, what do you want new listeners to take away from your music?

Ans: Refreshing and diverse hip hop. I want listeners to enjoy the music and hopefully take in a great balance of talent not only from an emcee perspective but also as muscians and artists making music for fans. Some label us as alternative Hip-Hop but we wanna just make good music.

How are you guys coping with this whole Covid 19 situation? Has it delayed any new music production by any chance?

Ans: It’s been quite the rodeo. We’ve never seen our country and world act in this manner. It’s both interesting and scary. We had a brief delay in recording but we picked back up pretty quickly. Regulus was able to continue with production and engineering in the down time.

Tell us about your biggest music influences.

Ans: I (Pinpoint) loved Wu-Tang, Nas, Biggie, and Outkast growing up. Big fan of oldies, soul shit from like the 60’s on forward etc. I (Regulus) was heavily influenced by my father. He was always playing music in the house growing up. He was also in a few bands. I grew up on classic rock, 80’s music, motown and old school Hip-Hop like Grandmaster Flash and the Furious Five, Kurtis Blow, and Run DMC. I then took a liking to the culture and art of Hip-Hop. I often practiced the four elements and was exposed to some of my favorites like BDK, G Rap, EPMD, Cypress Hill and Bootcamp Clic. Mainly, Buckshot and Sean Price R.I.P!. I”m also a huge fan of Bruce Springsteen and Buddy Holly. That should show my influences and some diversity right there.

Please breakdown the creative process of your new album “The Other Side”. And tell us a little about the album cover concept!

Ans: “The Other Side” wasn’t even supposed to happen. It was typically a “B” side album (hence “The Other Side”) to our “A” side to be released in Fall/Winter 2020. We’ve also been experiencing some unexplained phenomenom recently and that neede to be addressed. It just made sense. If it were’nt for COVID this album may have not been released. We also gave Rocky Styles (our DJ) some leadway to to host the album in some sort of mixtape style along with his scratch work. The album cover was part of an extensive process. We had over 40 designs to choose from. We felt it best depicted the angle we wanted to portray overall for this album. It’s some shit out here that just cant be explained….

Ans: Either “No Time For You” or “Outlandish”

Ans: Everybody love everybody – Jackie Moon. Lol. But seriously, BLM. I (Pinpoint) have it tatted on my wrist since 2015. We are brothers and we are not of the same race. What we need is equality and the original message behind BLM is to work towards that as much as possible through awareness etc. At the “End Of The Day” we all breathe, bathe, eat, shit, and sleep, the same way.

Ans: We really can’t answer that question. If we did we’d regret it later. Lol. There is way too many great Underground Hip-Hop albums.

Ans: Underground Hip-Hop to me is not a style of Hip-Hop. It’s a classification given by the general Hip-Hop community for “non-commercialized” Hip-Hop music. However, in some parts of the world so called “Underground” Hip-Hop is their bread and butter. 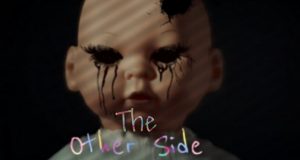 Gawds – “The Other Side” (Album Review) 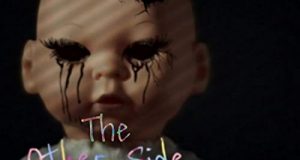 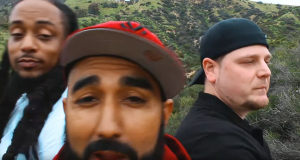