Much salute to you and your recent album “Return of a MAD” It’s absolutely FIRE!! For all the readers who don’t know, how did you get your artist name King Khazm?

Thank you, I appreciate it! I started as a graffiti writer back in the day before I got heavy into beats and rhymes. I originally wrote “Chasm” like the word. A chasm is a deep crack in the earth when it splits apart. To me I was always about the underground and I wanted a name that reflects my dedication to that. As far as letter styles, the ‘K’ and ‘Z’ looked way better stylistically, so I settled on “Khazm”. The King part came many years later when several of the forefathers of Hip Hop culture recognized my contributions in the community and crowned me officially at a Zulu Nation event in New York City in the mid 2000s.

Tell us about the Hip Hop scene out in Seattle.

I’m a bit partial cuz I grew up there, but in my opinion it’s one of the richest and most vibrant scenes in the country. Something about it being so rainy and grey and isolated from other big cities- that plus not being manipulated by the industry- it’s raw with mad talent. That goes for not just some of the illest rappers and producers, but djs, breakdancers and graffiti artists. All around raw with innovation, originality and flavor. Also, even though it might be low on the radar as far as mainstream culture, you have alot of Hip Hop heads from Seattle who have made national and international waves- cats like Sir Mix-A-Lot, Draze, Shabazz Palaces, Supreme La Rock, Massive Monkees, Circle of Fire, DVS Crew, Jake One, Vitamin D… the list goes on and on.

Hard to say, I’ve been a hip hop head since as early as I can remember. I’ve been tagging on desks and hallways and stuff as long as I was able to hold a pen.. I remember in the mid 80s practicing breaking with my uncle in the garage on cardboard.. I might even have some home videos of my beatboxing and spitting stupid rhymes as a kid around then too! lol. ….I grew up on all kinds of music but something hit different when it came to rap and Hip Hop- the crazy hard beats, the ill rhyme patterns. My earliest cassette tapes were cats like Run-DMC, LL Cool J and Fat Boys- it was a wrap after that, I was a head!

I loved all kinds of stuff, but I’d say some of my musical inspirations include James Brown, Funkadelic, MJ, Prince, Motown stuff.. alot of oldies from all over.

Are you a movie buff? Almost every rapper we come across, they all have this in common. What’re your top 3 inspirational movies?

I don’t know if I would say I’m a buff, but I def love watching flicks of all kinds.. sci-fi, psychological thrillers, kung-fu and animation.. I’m really horrible at top anything lists, but Star Wars, Matrix and Goodfellas rank up there for sure.

It’s been a bit rough but also full of blessings. I was actually able to focus alot more on music than regular due to being isolated and needing to channel that energy. I dropped a compilation album called Pangea: Hip Hop Heals during the pandemic and brought together over 50 artists from 17 countries where each artist shared their experiences with Covid in their respective countries- it def helped me together during some really difficult times.

What’s with you and your lists!? Maaan… so I’m old school just FYI lol.. KRS One, Gang Starr, Immortal Technique, Run-DMC, Wu-Tang.. def Premier, Dre and Alchemist are up there with the production.. oh wait, you said 5.. urgggh

You recently dropped your brand new album “Return of a MAD”. What was the inspiration behind that? Dope album cover!!

Thanks! I actually forgot I drew the art like dang near 20 years ago and found it after so many years as I was going through my junk during the pandemic! Any OG Khazm or MAD Krew heads will know that the artwork connected with a handful of other album covers over the years!

“Return of a MAD” was a follow up to my major debut album “Diaries of a MAD” in 2016. It was less introspective than Diaries, more broad in style and sound and had features this round (Diaries had no features). I don’t think I consciously had a direction for it or a particular direction- was just rolling with the flow of what I was going through at that time and really vibing to the whole album being fully produced by Third Eye Bling. That’s my brother in beats and was the first time rocking a whole project with one producer- so we had lots of fun going through the process.

I try not to get too caught up in definitions, sub genres, etc., but underground hip hop to me is a bit more grimy, a bit more true school and uncompromised.. under the radar and still hitting hard. I think there’s a ton of fans who love what we do solely, and don’t need to subscribe as underground being lesser than or not of a high standard- but maybe it’s a diamond unpolished deep in the earth’s chasm? hmmm

2022 has been rough but also incredibly amazing. I been performing and touring a bunch- Dubai, France, all through the West Coast. Heads is showing mad love, getting crazy support and radio play.. this year I’m just continuing to ride that wave- alot of traveling ahead in the States and abroad. Producing for a few folks and ramping up to push some new projects with Third Eye Bling, El Guanaco, MCM, Rajnii Eddins and others.. I recently remodelled my crib and built an art studio, so I’m going to be pumping out a bunch of new paintings and exhibits in the near future as well!

Get your bars up!! Not trying to be discouraging but the craft really needs it. Really do it cuz it feeds your soul and make music that you love and is true to you and your life’s experience. Find your own lane.. Lastly get educated on the business. Like really condition yourself to learn everything you can to be well rounded. The music is only a small fraction of the work.. learn the ins and outs of publishing, marketing, relationship building, contracting, accounting, etc. 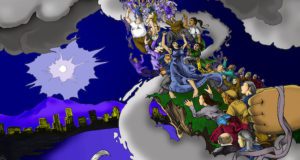 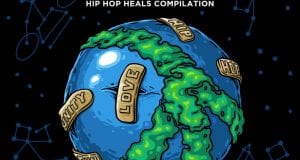 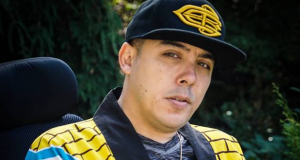