Album Review: "Save A Place For Me" by BUDDAKAO (Minneapolis) /// UndergroundHipHopBLOG.com

“SAVE A PLACE” by Buddakao is a mix of authentic rhymes alongside a beat selection that makes you break your neck on practically every track.  Particular songs that we can’t stop bumpin off the album is: SAVE A PLACE FOR ME, WANTS/NEEDS, JUSTICE ft. RAPPER HOOKS, and IDEA OF ME.  We have a high respect for Hip Hop from Minneapolis, and with MC’s like Buddakao, we are impressed with the mark he left in that city.  For all Hip Hop heads, we recommend this album!  The wordplay on the one song, WANTS/NEEDS, will make a FAN! – UndergroundHipHopBLOG.com

About BUDDAKAO and the ALBUM:

Buddakao (Bud-Duh-Cow) is a 24-year-old aspiring rapper from the south side of Minneapolis. He grew up in the Sibley/Hiawatha park neighborhood and started rapping with his crew RWS in the basement where they all hung out when he was 12.  The group would rap practically every night they were together, over a wide range of hip-hop records, spanning from Nas’s “Illmatic” to El-P’s “Fantastic Damage.”   As the youngest member of his crew, it meant a lot to Buddakao when his closest friends liked his sound and encouraged him to take rapping more seriously.

By age 15 he was learning to write and record raps with some local small-time artists in their 20s.  After putting out 2 crew projects (Street Legal’s the 11th EP and Tragedy and Triumph’s Shwagged Out 1) before finishing high school, he started on a solo project in 2008 with local producer Ben Blanco.  The 12 song album was a learning experience, recording the album and releasing it in less than 90 days.  After countless issues with shaky management, back stabbing promoters and fake friends in the industry, Buddakao finally found a home in 2012 working with Triston “Showtime” Pettis as his engineer for his newest release.

The new album, Save a Place for Me is certainly his most mature work to date.  Featuring production from some of Minneapolis’ most talented independent producers (Nicademus, Mr French, Blanco)  Buddakao shows great versatility, creating a deliberate balance of personal story telling and scathing cultural criticisms. The album has guest appearances from some of Minneapolis’ most promising MCs, Rapper Hooks (formerly of The Tribe and Big Cats!) Greg Grease, and Lizzo (The Chalice) Here are some short descriptions of a few songs:

The first track off the album, “Come Along” starts the album with heavy drums and interesting sounds. The verses are honest, in places self-deprecating and in others contemptuous, he begins the album by telling you who he is, and asking you to join him on a journey through some of his stories.

The title track, “Save A Place For Me” displays a new confidence, you can hear it in the verses as well as the melodic chorus, his enthusiasm for music and life color the song. To sum it up in a sentence, being content in every moment is allowing him to live a happier life. It’s catchy and uplifting, and sounds great driving around the city with the windows down.

On the third track “Wants/Needs”, Buddakao pulls listeners in with a catchy hook and a synth heavy beat that disguises some politically charged lyrics. He attempts to make class commentary without playing the role of the victim. He repeats in the chorus: “I got 40 ounces and a blunt of kush/ I write solution’s/in revolution/ But THIS is the song they trying to push.” It could be interpreted as him criticizing the music industry’s obsession with ignorance, but more importantly he’s urging people to put it on themselves to rise up and care about the things that matter.

The fourth track “Justice” features Rapper Hooks. Together they expose some of the inequalities of contemporary society. One of the more political songs on the album, the lyrics don’t quit at attempting to illuminate disgusting injustices, they also attempt to offer hopeful solutions, “I ain’t fucking with the so-called diplomats/Pseudo politicans living far from where the victims at/ I’m a die shooting high and i can live with that/Past heroes taught us how to fight and now I am giving back.”

Tracks like six “Idea Of Me” and seven “Blame You” allow the listener a more personal look at Buddakao. These songs are honest admissions about the struggle of navigating your relationships while trying to be a performer. Writing is his outlet, and through out the album you hear him finding some clarity through music.

Buddakao’s newest endeavor is separating himself from his competition with his live set.  Working with musician Tom Woodling, composing and arranging live instrumentation together they have created a set that aims to give the audience something different than they get from the album.

Network Links:  Save a Place for Me Album free downloads:  www.buddakao.bandcamp.com but also available on Itunes Spotify and Amazon etc.

Tagged with: BUDDAKAO Minneapolis Save A Place For Me 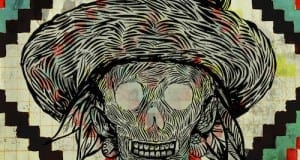 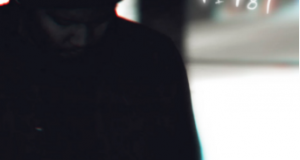 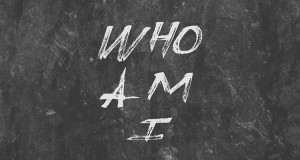