Baltimore’s newlyformed duo Midvs and TitleDking exhibit street influenced concepts and sharp rhymes to please their one-year developed fanbase as the new duo group, Almiighty. Self producing, writing, and engineering their own sound, Almiighty gears up to take their act to the next level with the release of their new album, intriguingly-titled, ‘CRWN’.

Co-signed by well-establish tastemaker Mr. Jay Hill, Midvs and TitleDKing as Almiighty promote the community while creating a movement for themselves. ‘CRWN’ is the introductory effort of promising duo that showcases their vast potential and transform them from local hopefuls to global phenomenons. ‘CRWN’ is the outlet for the duo to be exceptional, expressive, and ideally influential.

‘CRWN’ maybe the third release from the duo; however, it is the group’s first major reveal on a wider landscape. Exposure to the world unfamiliar with Baltimore’s sound. Integrating an original Detroit style from TitleDking to a developed B-more style and executing it to a world of Hip-Hop leading underground prospects.

Listen to ‘CRWN’ below, courtesy of Spotify.

Manifesting a sound of high-energy awareness of street knowledge on tracks like “Fool$ Gold” and “Rowdy”. Almiighty presents a steady aggressive attitude with remarks of money motivations and woken social injustice. Together, the duo’s chemistry is influential, surprisingly, with the two only being a formed partner-in-crime in under a year.

Melody-driven, ‘CRWN’ is considerably trendy due in part to it’s majority auto-tuned interface. ‘CRWN’ is a positive message overlaid with a party vibe. The album’s impact builds a stable foundation for the new duo to grow into a much-needed outlet for the Baltimore sound.

A drawback of the album, ‘CRWN’ blindly plays into a narrative. While short and sweet, the project’s clarity invites a party attitude but declines to deliver it’s proposed message of social awareness on various current issues. It is also noticed that Almiighty appears self-absorbed throughout the project with it’s overloading boss mentality. Confident; however, forced with their aggressive auto-tuned raspy vocals.

‘CRWN’ remains constant in it’s project trajectory from beginning to end. Keeping the exact same energy for all six tracks. Developed a signature sound; however, it didn’t exhibit any growth or potential of growth as it remained the same the entire time. ‘CRWN’ has it’s memorable moments but it appears to have a glass ceiling as the duo refuses to waver far from the trendy topics. Lastly, while each track delivers the same structure, it’s appealing and well worth introduction. 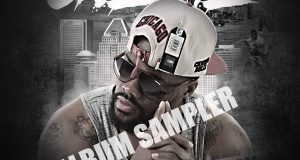 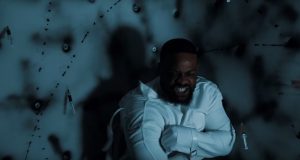