I’ve been a fan of Black Milk for a very long time at this point, so when I say his new album No Poison No Paradise, which just dropped October 15th, is now my favorite album by him, I mean that shit. Additionally, Monday’s Worst is not only the best song on it, but is currently my 2nd favorite hip-hop song of 2013 (J. Cole’s Can I Holla At Ya being #1).

The track right before this on the album is titled Sunday’s Best, and it sets the first of the three scenes for this tragic story that sadly happens all too often, especially in cities like Detroit where Black Milk is from. In it he vividly portrays the perceptions of a young child being raised by moral church-going parents. The second scene, which is the first verse of Monday’s Worst, takes place years later. You learn this individual has fully rejected the wholesome lifestyle he was raised with, and now lives the gritty street life of a two-bit thug. The last verse sets the final scene where a club goer, who possesses his own issues of greed and selfishness, falls victim to the corrupted stickup kid.

This is honesty one of the best story based hip-hop songs I’ve ever heard. It possesses an extremely real and heavy message that inevitably digs deep at your emotions. Unlike most radio rappers, Black Milk points out the fact that a person who defines themselves through guns, money, and how they choose to utilize these things to achieve what they value in life (easy women, expensive alcohol/weed, and appearing fly) is a weak minded fool that only manages to undermine their own potentials and further perpetuates their caustic lifestyle throughout the city they call home. There is also a gorgeous music video that encompasses both of these songs that you definitely need to check out if you want to appreciate this incredible hip-hop story to the fullest. Just remember, it’s “never too late” to change the direction of your life…unless your dead.

For more of my reviews and other musings check out my blog at http://hiphopfightsback.com/. 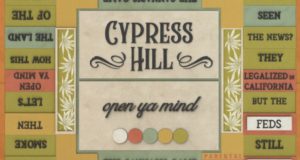