Johnny Crown – “The Coolest Prince In The Jungle“ (Album Review)

Los Angeles based artist Johnny Crown drops a new project called “The Coolest Prince in The Jungle” from the title I didn’t know what really to expect especially with a HipHop infused afro Beats album. The artwork says afro beats visually and the sound screams Hiphop I loved the bars in track one named after the album title which set the tempo for the rest of the album. The hard hitting sound matched the high energy vibration Crown brings to the table. The poise in his delivery kept me in-tuned as the next song came in rotation, I am now anticipating the full album. “Puma” was a smooth cut very laid back and reminds me of that 2000 vibe in Hip-Hop were Jay Z dominated the charts. I can see this type of music coming back and thriving it feels good and the songwriting ability of Crown is full circle it will only grow from here.

“Ivy Park” was very unique sound & Crown is now getting in his own element showing his versatility in song writing and music arrangement. The unique flow arrangement was my favorite its always great to come across artist who creates and origin a sound from scratch. “Bread Winners” was uptempo happy music with an island African swing, this is actually a sound Hip-Hop has been missing. Over time elements start to resurface and capture our ears all over again, Crown is from Los Angeles ca and influenced by Africa which will in term move and mobilize a diaspora within music & culture, We need more artist to embody our past in music & history.

“Thats What They Say” starts off with a build up as it drops in with a drum background and as it drops Crown spits lyrics about meeting a beautiful girl and falling completely in lust with her I can imagine this visual on a beach as the sun goes down and wine to set the mood. “On My Momma” was a dedication to all the beautiful women in the world as Crown uses it to describe a beautiful women which praises all moms and beautiful women. Crown seems to be an artist who cares for his craft and arrangement as every song is carefully organized from start to finish. Crowns beat selection on the “The Coolest Prince In the Jungle” reminds me of the Rocafella and bad boy days.

“Lupita” was the actor who played the African Queen in the movie “Queen of Katwe” this was a play on visual and media as Crowns album is called “Coolest Prince In The Jungle” mobilizing his brand and bringing it to life. The last song on the album is called “Facts” this song was mellow with a-confident overtone I loved the background vocals from the girl it reminded me of “Paper Planes” by MIA feat Kanye West, Forsure radio vibes the universal approach to this album can open up many doors for the young artist. For more music by Johnny Crown follow his social media accounts for updates on music & Visual. 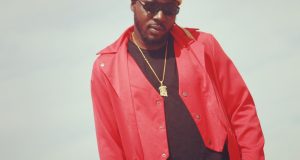 Johnny Crown – “The Coolest Prince In The Jungle“ (Album) 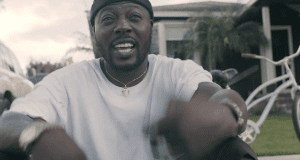