In a genre over saturated with exaggerations, false advertisement, and lies, Josh Breezzyy brings his honest emotions to the forefront for all to witness.

In full disclosure, “Tortured Artist” is probably not for the feint of heart. It’s stuffed full of very dark themes, ranging from family problems to suicide. The majority of the 25 tracks dive head first into Josh’s emotions with very little time for the listener to catch their breath. However, this is a departure from the style of his previous two projects.

What is not a departure is how lyrically inclined Josh Breezzyy is. When he really focuses up, he can create some noteworthy flows and intricate wordplay. Not every song is a flawless gem, though. There are a handful in which Josh winds up very off beat, sounding choppy and forced, but he typically finds his way back to a clean rhythm.

The instrumentals for “Tortured Artist” are very complementary to the dark mood the album carries. Every single one of them feels unique and unforced. All of his samples are clean and crisp, layered perfectly into their respective beats.

Because the dark themes are plastered all over just about every track, the album’s listenability is lost some what. Some people may relate to Josh’s words more than others, and find his openness comforting. For most people, I feel the constant barrage of depressing concepts make “Tortured Artist” difficult to even finish, which is unfortunate, because the very last track, “All a Dream,” puts a spin on almost every single word in the previous twenty-four songs. Each separate story related to the listener becomes organized and begins to make sense conceptually. It’s not enough to bump the album into “classic” territory, but it absolutely got me reconsidering how I was going to score it in this review.

Even with the twist ending, the main problem “Tortured Artist” has is that it’s simply too depressing. At no point is there a moment of hope or redemption, instead the listener is given a reality check that is simply less undesirable than the alternative. I’m not saying that Josh should have made songs contrary to his emotions and thoughts, but he didn’t have to end the narrative where he did. I feel like if the album had been shortened, maybe by five tracks, included more “spacer” tracks to give the listener a break here and there, and then had more after the turning point in “All a Dream” to carry the listener back into a more healthy mind state, the project would have been one of the most incredible concept pieces in rap today. It’s an absolutely brilliant idea, the execution was just off slightly. With that being said, keep a look at for Josh in the future; the man is a genius in the making. 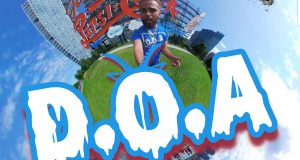 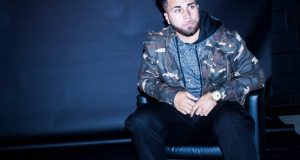