DMV has its finger on the pulse of the future of Hip-Hop, successful acts like Goldlink are testaments of that. It’s their unique style and presence that makes them and newcomers like Lil Givenchy a must-have in today’s Hip-Hop. Soiled with an enriched sound, the Washington D.C.-native is ready to have his turn at mainstream success with the release of his new mixtape, ‘Givenchy John Lennon’.

‘Givenchy John Lennon’ follows up Lil Givenchy’s previous project, ‘2x’. Hosted by DJ 837, the 11-track body of work features a refreshing new sound by the up-and-coming DMV act. Lil Givenchy embodies a rock star lifestyle that has become the norm in today’s Hip-Hop. Titled with inspirational icons throughout the tracklist like, “Bon Jovi”, Lil Givenchy is ready to shine.

The mixtape’s production is modern-day popular. While the market is oversaturated with the overused trap sound, it still unreluctantly addictive. While it lacks dance rhyme, the sound has its concrete gritty street element to fuel Givenchy’s dozy money-making metaphors. The production is back-to-back snappy, infused with a chunky crunk 808 and simple mumble rumble layers. Tailor-made for Lil Givenchy lavish slick talk.

Often hazy, diluted, and easy flow, Lil Givenchy lyrical abilities on ‘Givenchy John Lennon’ are easily identified as a flare for the theatrics. Givenchy loves to show off, addicted to designer frames, but fits with the project’s concept. Givenchy delivers a satisfactory expected body of words that does not surpass expectation but does not come off as arrogant. Leaves plenty of room for growth with more stories to tell.

‘Givenchy John Lennon’ is trendy; however, its nothing usual. While Lil Givenchy delivers, the sound is far from everlasting as it copycats every hit on currently on the charts. Another mumble rap collective to add to the seas of mumble rap drowning 2018 Hip-Hop. Good for one or two listens and then thrown to the waste side for another high-profile similar but more polished project. In the end, the album comes off more Dirty South than DMV, lacks originality with minor dance vibe and majority drug infested.

Given the verdict, ‘Givenchy John Lennon’ is not a bad project at all. Would like to be indulged with more tradition than follow suit with the trend. Lil Givenchy has a type of talent that deserves to be in a class all by itself, following further development. Truth be told, Lil Givenchy is an exciting one-to-watch. 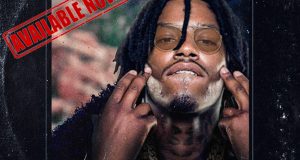 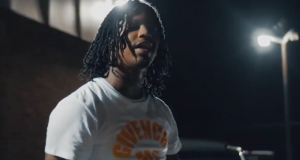