MeRCY – “Everything Under The Sun” (Album Review) 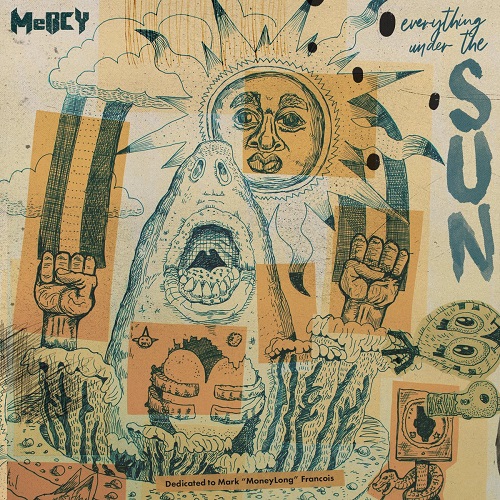 Fort Lauderdale MC MeRCY recently dropped his latest LP “Everything Under The Sun,” available on all streaming platforms. I had the pleasure of previewing this project, which MeRCY dedicated to his close friend, Mark “MoneyLong” Francois’ memory. After going through some of his darkest times earlier this year, MeRCY made this project to provide some light for not only himself, but others who may be reminded of their own inner-light as well. It’s my honor to help shine a light on this project, let’s get into it.

The project kicks off with a gospel-esque banger “Sunshine State Of Mind,” of course alluding to his home-state of Florida, the song sets a tone for the album while highlighting MeRCY’s journey through life while also offering motivation to those listening. The next track, “Rise and Shine” sets a more dark tone, as MeRCY describes day-to-day struggles of life in the streets over a hard-hitting and crisp trap-like beat. On “SunnyDayz” we find MeRCY getting philosophical while expressing hope throughout living in the struggle, exclaiming that his co-sign from the late-great Sean Price keeps him going in the rap game. The production on this album is great, and MeRCY exercises multiple flows while delivering reality bars, sprinkling in life-lessons while still remaining positive despite life’s difficulties. The next track might be my favorite on the album, “Son Still Shining” is a track championing rhyming and continuing to pursue your dreams despite the roadblocks, producer Wayne Ski blesses the track with soulful horns and piano riffs while MeRCY spits motivating bars as well as a dedication to the man this album was dedicated to.

“2 Door Coupe” finds MeRCY teaming up with Sir DQ, Twaun and Johnny Bastard. The team raps some braggadocios bars over a menacingly southern beat describing a day riding through sunny Florida. After a well placed interlude on “Chapter 5” explaining the repercussions of going certain directions in life, we get to the track “Ohhh Babbby” where MeRCY describes linking with a scandalous woman. “Call It Whatever” is about making moves and staying true over a smooth guitar-laced beat produced by Sebb Bash. Next we get “Forgive Don’t Forget” where MeRCY recruits JQ for a track about going against your doubters and pocket watchers. We get the track “Dirty Work” where MeRCY quotes a classic Prodigy line while featured MC Chief Tony spits some ill bars over a spooky guitar-heavy beat. The next track is another favorite of mine, “Sunday Mourning” where we get some food for thought in the form of excellent bar-spitting, the track is produced by Solidified and dedicated to “MoneyLong.”

“Out Of This World” serves in part as a dedication to the likes of Prodigy and Mobb Deep, as well as Nipsey Hussle. “The Sun-Sentinel” serves as a testament to the possibility of what comes after death both in the spiritual realm and here on Earth. While “Happy Father’s Day” is rather self explanatory, we come to the closing track on the album “Under The Sun” where MeRCY exclaims he wants everything for himself and his family.

Overall this is an extremely consistent project both with the production and bar-work. I enjoyed and highly recommend you check this project out, MeRCY has a honest approach to his rhymes and manages to touch on all aspects of life here. You get a little bit of everything under the sun on this project just as its title implies. MeRCY did the Sunshine State proud with this one for sure. 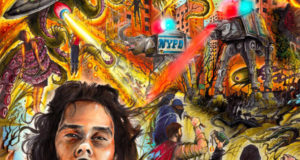 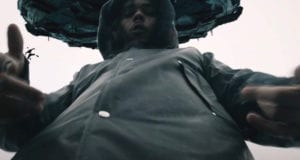 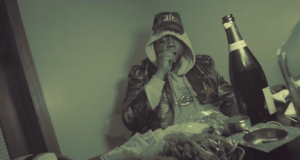