Vinnie Paz – “as above so below” (Album Review) 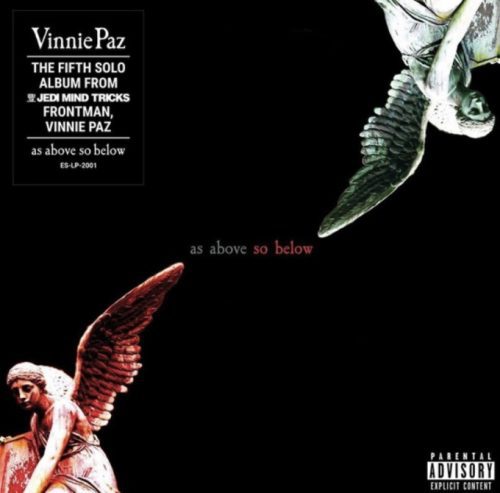 Vinnie Paz is a underground veteran from Philadelphia, Pennsylvania known for being the MC of Jedi Mind Tricks & the leader of the Army of the Pharaohs collective. He put out his first 2 solo albums Season of the Assassin & God of the Serengeti in 2010 & 2012 respectively, but returned in 2016 with The Cornerstone of the Corner Store. Last time we heard from him solo-wise was with The Pain Collector in 2018 & with Valentine’s Day arriving, he’s back with his 5th full-length album.

It all starts with “Crime Wave Tehran”, where Pazzy talks about shooting someone over a minimalist yet intimidating instrumental from Giallo Point. The next song “Scorched Earth” with Estee Nack & Jay Royale sees the 3 spitting some vicious mobster-style lyricism over a Stu Bangas beat with some prominently harmonious vocals while the track “I’m the Chaos” reminds us of Paz’s place in this culture over a boom bap/rock fusion from Vic Grimes. The song “Mabuhay Gardens” talks about how nothing other than death is guaranteed over a somber beat while “The Conjuring” compares himself to that of a magician over a Bronze Nazareth beat with a relaying vocal sample.

“The Black Hand” with Demoz sees the 2 talking about murder over a cavernous C-Lance beat supplied with a hook delivered in this weird faux-Jamaican patois while the song “Mock Up on Mu” sends a message to his competition over a suspenseful instrumental. The track “Ankle Bracelets” talks about wanting to be alone over a calming beat & a stellar hook with Queen Herawin while “The Compleat Witch” with Nowaah the Flood finds both MCs painting some vivid street imagery over a boom bap beat with some creepy keyboards.

The song “Hannibal” is laced with gun talk over a boom ball beat with a luxurious pianos lead while the track “Silician Bull” compares himself to just that over an ominous beat. The song “Cero Miedo” gets confrontational over an eerie beat. The song “Spilled Milk” is a tear-jerking tribute to his father with a piano instrumental to enhance the emotion while the track “Vahid Moradi” with Rigz sees the 2 talking about staring into Satan’s eyes over some strings.

The song “I’ll Buy All the Uranium You’ve Got” talks about being strapped over a boom bap beat with a prominent vocal sample while the song while the track “Doomsday Machine” with Demoz & Vast Aire sees the 3 talking about how ruthless they are over an instrumental with a beautifully dark atmosphere to it. The song “Serve the Creator” with Recognize Ali sees the 2 talking about Allah over a soul sample & some horns then the closer “The Gone-Away World” gets conscious over a killer rock instrumental Vinnie made himself with co-production from Scott Stallone.

Paz’s discography has always been known for being consistently hardbody & this new album is no exception. A couple of the features could’ve been better to me personally, but his lyricism has gotten sharper over time & the production is as equally gritty.

2020-02-14
Legends Will Never Die
Subscribe To Our Weekly NewsletterStay Updated With Exclusive Content, News, & Events Straight To Your Inbox! 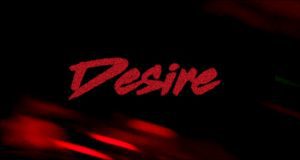 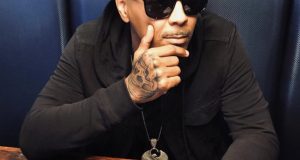 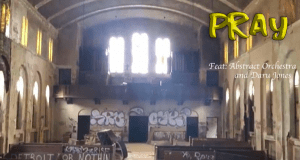