Welcome to the where-clouds-abound world of Airborne Mark. For some a man of many guises, for others a life cherishing artist who refuses to settle for the mundane. A graffiti artist by day, a rapper by night. As the beauty and complexity of life cannot always be translated into one artistic medium, Airborne Mark alternates easily between the sound and the picture. When asked to summarise his eclectic exploits he replies: “At times I find it much easier to take to the pen to express certain ideas and emotions. Then other times, they simply fit better encapsulated in pictures rather than words.“ Hence his household adage: Painting Songs, Singing Pictures For Eternity and Beyond.

Airborne Markhas been very active on the graffiti and street art scene in the UK for over 8 years. However, his journey with spray paint started in 1995 in Poland, where he comes from. He is particularly know for his signature characterPilot, which also became his secondary moniker. The fanciful character is often accompanied by a flurry of paper planes and other origami figures. Whether large scale murals or small canvases, the flying theme boldly prevails. Inspired by the ephemeral beauty of the man-made flight, his art oscillates within the theme of gallant airmen, whimsical flying machines, robots and, of course, fanciful paper planes.Airborne Mark exhibits works at gallery group shows and often takes part in various art festivals. His commission based aerosol art can be found on shutters, walls and vehicles across London.Airborne Mark debuted with “Six Folds and a Throw” in 2010. The six track long EP entirely composed and produced by Bartosz Sczesny tells the story of an upcoming artist from a foreigner’s point of view. The predominant theme is that of being a supply primary school teacher and a spoken word artist with an unique accent finding his place of belonging.

Cloudscapes are for dreamers and their contemplation benefits the soul…*

Look up, Airborne Mark is back with his latest music release.

The new EP comprises five cloud themed songs which cover very down to earth aspects of journeying through life. Relationships, identity and perseverance are the subject matter that echoes strongly throughout the record. Narrated from author’s perspective in a reflective spoken word manner.

The EP was recorded over five months mostly at The Lab Studios under production of London based Australian musician Byron Hosking. Each track meticulously layered with live instruments create perfect musical landscape for Airborne Mark’s narration. Vintage synths, piano and the electric guitar proved to be perfect tools for Byron Hosking to capture energy and emotion of each track.

Where are my Cloud-Spotters at? 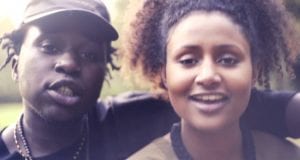 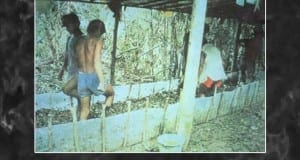