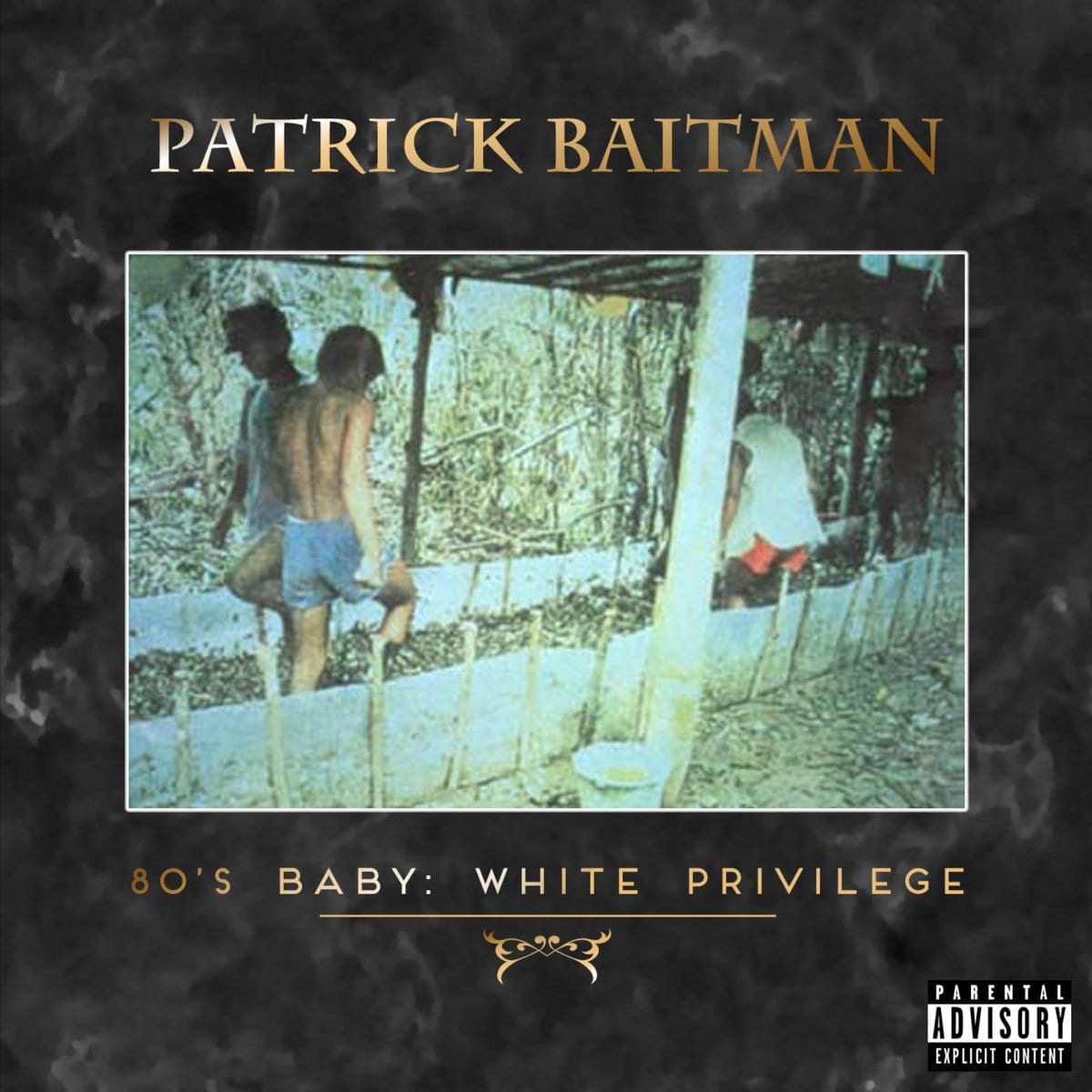 U.K Hip Hop has a new rising artist Patrick Baitman who just released his new album “80’s Baby: White Privilege“.  It consists of 11 very respectable tracks with some production that will blow fans away!  We are huge fans of U.K Hip Hop and how they embrace and appreciate new underground music  as a whole compared the embarrassment out here in the states.  His style and vocal output is very original along with his deep consciousness and substance.  He puts a lot of thought and intellectual property into every song he pushes, extremely profound on the album.  Patrick Baitman is sure to rise to the top in the U.K Hip Hop seen soon enough.

We noticed he has a lot of great references on this project regarding what basically all of us millennial’s can’t relate to,  that 80’s life!  It’s a great topic to speak on cause almost everyone I know can relate to this.  When you dig deep into this album a few tracks that stand out are “Cocaine Nights“, “Tale Of 2 Cities” and our favorite track is the intro track “Gone Girl“.  The intro track is exactly what real underground heads look for in new 2016 Hip Hop.  He is really representing and defining underground Hip Hop for all of us, globally our language and respect is universal.

Overall from front to back this album is a solid album for 2016 Hip Hop.  Lets get this album out there and for anyone reading this please share his new album and tell people to take a peak!