Wane Enterprises CEO and New York artist Bruse Wane presents “Return Of The Spitters (RMX)”, the new single from The Dark Knight Album.. The Day The Earth Stood Still. Produced by Al Walton Jr., “Spitters” features guest verses from Keith Murray as well as Fam-Illy, an artist on his Wane Enterprises roster. A native of the Bronxdale Houses Projects in the Soundview section of the Bronx, Bruse founded Wane Enterprises in 2001, hosting events featuring Styles P, Papoose, N.O.R.E, Buckshot, Remy Ma and Keith Murray, who Bruse chose to bless the remix of the original version of “Return Of The Spitters”, which can be heard on The Dark Knight Album. “I began contemplating a remix with a legend on it. Whoever I used I did not want to go too far back or too current, so Keith Murray was the perfect fit. Keith was one of those artist that lyrically raised the bar in Hip-Hop when he came out. I kicked it with him on the phone, and shot him over the track. Within a day he sent me back some heat for it, and the rest is history. I wanted the song to pay homage to NYC street life and the fact that New York is the home of lyricism. This song is just me embracing that.” 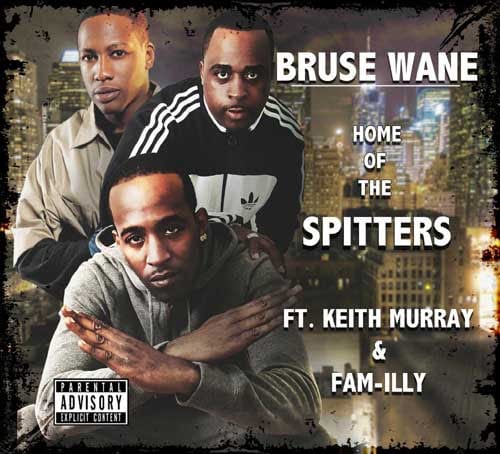