Jayomega (Bronx, NY) – “All Around Me” (prod. by XCess The Producer)

Jared Jackson (Jayomega) is all together a Hip-Hop artist, writer, graphic designer, and studio engineer. Growing up in the Bronx, NY, Jayomega was no stranger to the culture of hip-hop, and from the age of 13, he knew it was his calling to pursue a career as an entertainer. From the beginning of 2006, chasing that dream is all he’s known, and almost 9 years later, his amazing growth as an artist drastically shows in his music. Now, with the anticipated May 23rd release of his 9th independent project entitled “Ready Set Go 3: A Message From Beyond”, he would like to share with you his first single from the EP.

“All Around Me” (Produced by Xcess The Producer) is an overall catch and uptempo record that any up and coming artist on his grind to relate to. Exploiting the lifestyle of always having money, women and haters around you at all times, each verse directly targets one of those components and tells its own story.

Tagged with: All Around Me Bronx Jayomega NY XCess The Producer 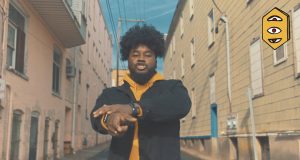