Few artists are ever as controversial as they are influential. New York legend R.A. The Rugged Man has lived up to this billing by combining the authenticity of his undeniably rugged life with his undisputed mic skills. Now, two decades after his career began, R.A. has improbably outlasted nearly all of his peers. Having been banned, forgotten, blackballed, and left for dead, the Rugged Man has somehow emerged in 2013 with a thriving career, a nonstop touring schedule, a die-hard fan base, and a new album that is sure to solidify his place as one of the most important figures in underground hip-hop. Featuring A-list guests like Tech N9ne, Hopsin, Talib Kweli, Brother Ali, Krizz Kaliko, Vinnie Paz, Masta Ace, Sadat X, Eamon, and more, Legends Never Die is not only a celebration of R.A.’s illustrious career, but an exciting look at what’s still to come. “Honestly, I feel like this is only the beginning,” says R.A. “The only reason I live is to be the best at what I do and I get better at it every day of my life. I can’t wait to unleash it to the world.”

R.A. The Rugged Man links up with Tech N9ne and Krizz Kaliko of Strange Music for a historic collaboration off R.A.’s new album “Legends Never Die.” (04.30.13) Track produced by C-Lance. 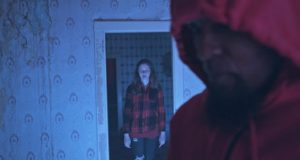