Born and raised in the Midwest, but cultivated in the South; hip-hop artist Stetsen (formerly known as Yung Stet) is an emerging musician with an incredible amount of talent. With his versatile style, creative lyrics, and all around impressive sound, Stetsen has quickly caught the eyes and ears of all age groups and demographics.

At a young age, Stetsen was introduced to a diverse range of music, and by the age of 7 it was evident Stet loved everything about the art and sound. He began writing rhymes, entertaining guests with his skills, and performing in multiple talent shows throughout the city. At 16, Stetsen linked up with a local producer in his home town of Rockford, Illinois and decided to start recording his own original music.

Shortly after graduating high-school, Stetsen took his ambitions to Texas where he was quickly signed by Houston legend, Lil’ Flip. Together in 2008, they released a mixtape entitled “Fly As We Wanna Be” and performed at multiple events nationally. Over the next 3 years, Stet began to broaden his musical knowledge by learning how to engineer, direct, and edit all of his own pieces of work. In the midst of dedicating his time to being the “complete package”, Stet dropped the highly anticipated mixtape “Now or Never” hosted by DJ Bay Bay. With all the attention received from the release, he began to work with and build relationships with multiple big named artists and music figures.

In the summer of 2011, Stetsen was a part of BET’s “Closer to My Dreams” tour hosted by Young Money artists; Tyga and Lil’ Twist. Stet embraced the opportunity as Twist’s hype man to help grow his worldwide fan base to a well-respected level. After the tour, he catapulted himself into the underground spotlight with his independently released mixtape “Bright Future.” The project showcased 16 unique songs all written and composed by Stetsen himself.

In 2013, Stetsen partnered with the distribution label Klassic Records, and began to take his music and brand worldwide. After much anticipation, in January 2014 Stet released his first commercial EP “Becoming Legendary.” As one of his most recognized projects to date, he landed placements, advertisements, interviews and features on many of hip-hop’s well respected music outlets. iTunes, Spotify, Pandora, SiriusXM, Vevo, AllHipHop, MTV and Billboard.

Stetsen recently relocated from Houston, Texas to Los Angeles, California to continue pursuing his lifelong dream of becoming one of music’s big names. After experiencing several life changing events and taking a two year music hiatus, Stet decided it was time to make a comeback. With a drastic change to his persona and musical content, he chose to drop his alias “Yung Stet” and begin to go by his given name, Stetsen. Now in 2018, he is fully vested and focused on re-branding himself. Stetsen is currently hard at work on his next project entitled “Metanoia”, and continues to release new music often. With this album he plans to deliver material that is sure to make a lasting impact on the culture he originally fell in love with.

Stetsen is definitely not your typical up and coming musician. He prides himself on using his creative mind, life experiences, and storytelling abilities to make music that not only makes you bob your head, but paints a vivid picture through the lyrical content. Stetsen’s ability to captivate the hard core rap connoisseurs, the pop culture audience, and the loyal R&B listeners, will surely make him the music industry’s next “gold mine.”

With his undeniable sound and marketable image, you are bound to see Stetsen at the top. 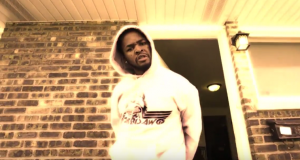