Trev Eyez born Trevor Leighton Andell Wheeler a Jamaican-American rapper, producer
and songwriter. His work, fi rst as a producer and now as a solo artist.

Career:
In 2011 he released his offi cial debut, Last Option ~ on which he handled all production,
from making the beats, to voicing, mixing and engineering, blended together
with his occasional freestyles he does it all. Rarely does a musician have the ability and
talent to integrate each aspect to the exact specif ications of his creative vision. His occasional
Jamaican accent makes him one of the unique ones’ in his genre.
Forward to 2012 Trev was in studios honouring and perfecting his skills…Now in 2013,
January 22nd he showcase his new and improved sound on “One Puff : God’s Gift” (Jan
22nd) . 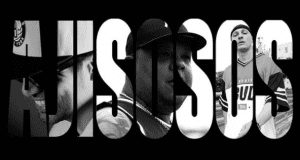