About the legendary ODB:

Russell Tyrone Jones (November 15, 1968 November 13, 2004) was born in East New York, Brooklyn in 1968. As he got older, he started hanging out more and more with his cousins Robert Diggs and Gary Grice; they all shared a taste for rap music and kung-fu movies. Diggs, later known as the RZA, Grice, later the GZA, and Joe David formed Force of the Imperial Master, which subsequently became known as the All in Together Now Crew after they had a successful underground single of that name.

In 1990, Ol’ Dirty became close friends with fellow “5 percenter,” Freedom Shabazz Allah, “Slumlord Shabazz,” while both were residing as roommates in Orlando, Florida. Shabazz, hailing from Plainfield, New Jersey, immediately became close friends with Jones after graduating from Job Corps in upstate New York along with RZA’s eldest brother. The two became inseparable and spent countless hours penning rhymes together and working a brief stint at the local Hardee’s and at Universal Studios as laborers at the “Jaws” attraction.

The cousins soon added six more friends and associates to the Clan, and released their debut album Enter the Wu-Tang (36 Chambers) in 1993. 36 Chambers received enormous critical praise, and is now widely regarded as one of the best and most influential albums of any genre to be released in the 1990s, as well as one of the best hip hop albums of all time.

While most of the members received individual praise from critics and fans, Jones became perhaps the best-known member of the group.[citation needed] Armed with a seemingly crazed, slurred, often off-beat, half-sung half-rapped delivery, bizarre lyrics and humorous antics that were unlike anything ever heard before in rap, he seemed to encapsulate and personify the raw, unadulterated and innovative style of the group.

DB’s solo career began in 1995, making him the third member of the Wu-Tang Clan to release a solo album, following GZA’s 1991 debut, Words from the Genius, and Method Man’s 1994 effort, Tical. Released on March 28, 1995, Return to the 36 Chambers: The Dirty Version spawned the hit singles “Brooklyn Zoo” and “Shimmy Shimmy Ya”, which helped propel the album to gold status. The album’s sound was as raw and gritty as 36 Chambers, producer RZA creating beats even more minimalist and stripped-down than on the group’s debut.

That same year, he was featured on the remix of Mariah Carey’s “Fantasy”. What might have seemed like an unlikely pairing spawned a major hit song.  Around this time, Jones gained notoriety when, as he was being profiled for an MTV biography, he took two of his thirteen children by limousine to a New York State welfare office to pick up his welfare check while his latest album was still in the top ten of the US charts. The entire incident was filmed by an MTV camera crew and was broadcast nationwide.

In February 1998, Jones witnessed a car accident from the window of his Brooklyn recording studio. He and a friend ran to the accident scene and organized about a dozen onlookers who assisted in lifting the 1996 Ford Mustang—rescuing a 4-year-old girl from the wreckage. She was taken to a hospital with second and third degree burns. Using a false name, Jones visited the girl in the hospital frequently until he was spotted by members of the media.

The evening following the traffic accident, Jones rushed on-stage unexpectedly as Shawn Colvin took the stage to give her acceptance speech for “Song of the Year” at the Grammy Awards, and began complaining that he had recently purchased expensive clothes in anticipation of winning the “Best Rap Album” award that he lost to Puff Daddy. As Colvin took the stage to a round of applause, he implored the audience, “Please calm down, the music and everything. It’s nice that I went and bought me an outfit today that costed a lot of money today, you know what I mean? ‘Cause I figured that Wu-Tang was gonna win. I don’t know how you all see it, but when it comes to the children, Wu-Tang is for the children. We teach the children. You know what I mean? Puffy is good, but Wu-Tang is the best, Okay? I want you all to know that this is ODB, and I love you all. Peace!” His bizarre on-stage antics were widely reported in the mainstream media.

Sadly he died on November 13th 2004 of an accidental drug overdose only two days before his 36th birthday.

Tagged with: Ol' Dirty Bastard Return Of The 36 Chambers Shimmy Shimmy Ya 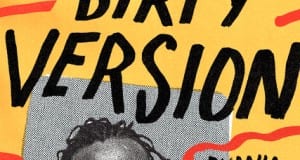 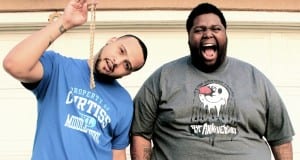