Independent Bronx, New York recording artist King Bless reminds us where Hip-Hop got its pulse. With the sun finally taking its rightful place, New York is ready to partake in the sounds of King Bless. As the song goes, ‘but it wasn’t for the Bronx this rap thing probably wouldn’t be going on’, and King Bless reminds us why. Attracting the eyes and ears of some of the industry’s elite, King Bless welcomes us into his world with the melodic and smooth “Love and Fear” featuring Dave East. Bar after bar, the flow is just unmatched.

In the DNA-directed video, Bless and East play the block and show the good, bad, and the ugly on the corners trying to get this money. Produced by Dizzy Banko, the video samples infamous film quotes from iconic gangster film, “Bronx Tale”. Gritty, impactful, and dark, the perfect example of describing love and fear.

“Love & Fear” will be featured on King Bless new EP, titled, ‘Fruition’. Released under Bless own imprint Blue Chip Music Group, ‘Fruition’ will include 13 new tracks carefully picked to describe King Bless’s current state of mind. ‘Fruition’ will be available for streaming everywhere this Friday (May 10). 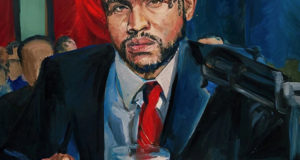 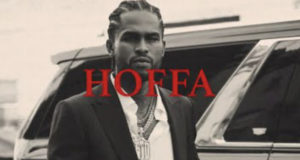 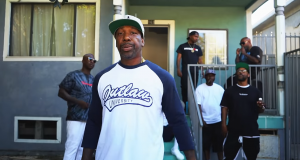