This one is for the ladies! Beautiful and visually artistic video by Phora. He’s taking us to the moon and back with the sexy tones and melodies throughout the song and stunning, tropical, romantic views. Push through Phora, we’re ready for a baecation.

Victory depends on grinding hard in the face of opposition. Trials and tribulations invariably become stories worth sharing. Sometimes, these tales are so unbelievable that they just have to be true. That brings us to 22-year-old Anaheim-raised rapper, songwriter, and artist Phora—aka Mario Archer who learned about the hustle at a very young age. Fueled by his intense dedication, he garnered acclaim from LA Weekly, DJ Booth, and Power 106 for confessional and catchy narratives. Walking away from a horrific car crash in 2016, he delivered the fan favorite With Love. The effort captured #1 on iTunes Top Hip-Hop/Rap albums chart, going toe-to toe with A-list heavyweights and coming out victorious. Songs like “I Think I Love You” impressively generated 2.35 million Soundcloud plays and 3.2 million Spotify streams, while “Fake Smiles,” “I Think I Love You,” and more all surpassed the 2-million mark. A worldwide fan base enthusiastically embraced Phora and his Yours Truly movement, proudly sporting the clothing line and supporting his independent label. After logging six years without a record label, manager, or publicist, he inked a deal with Warner Bros. Records in January 2017. 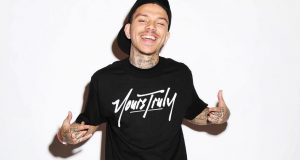 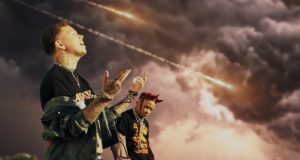 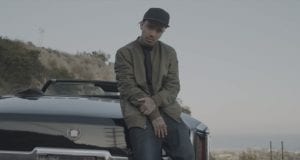