“Count On Me”, new music video featuring emcees Big Ox, Prolific Wone and Slaine (as well as a verse from the late/great Vice Verses). Filmed by Jacob McCoy and using stunning night-time footage of New York City as a backdrop, the track (Produced by Zia Leonard / Idea Factory) is actually a tribute to brotherhood, family and Jason “Vice Verses” Williams (who passed in April 2020).

The track is especially touching as the trio of Vice, Prolific and Slaine started out in a group called I2I in the beginning of their professional careers (circa 1998). Shortly after the group ended (in the year 2000) Vice, Prolific and Big Zoo founded the End Of The Weak (EOW), a legendary hip-hop showcase and emcee competition, the EOW emcee challenge. As a host, curator and innovator Vice (along with his EOW family) helped introduce the world to such notables as Immortal Technique, NEMS, Justina Valentine, Jin and many more.

In more recent years End Of The Weak developed an online platform for curated hip-hop shows through their YouTube channel. Along with his best friend Big Ox, Vice opened a recording studio, Idea Factory where artists such as Jarobi (A Tribe Called Quest), Math Hoffa, Agallah and Rome Streetz put in work. Most recently, Vice and Ox created DiverseCity TV, an online artist showcase, which includes appearances from many End Of The Weak veterans.

As his long-time partner Kendra Goldhirsch states “what Jason brought to the table was true creativity and passion. Poison Pen jokingly nicknamed him ‘Joe Jackson’ in the studio because he was really focused on bringing out the best in you and getting you locked in with the music. He was the battery in a lot of people’s backs. When he passed, hundreds of family from around the globe people came through to share stories of how Jason inspired or helped them musically and personally.”

Unfortunately Vice Verses passed away before the completion of The Crown but his clever, honest, humorous and at-times melancholy approach to music is all over it.

“Count On Me” is the second single from the forthcoming Vice Verses LP “The Crown“, to be released on June 23rd. Another visual was previously released for the track “Wandering Why” featuring Shabaam Sahdeeq and Big Zoo. 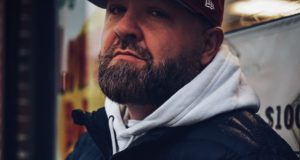 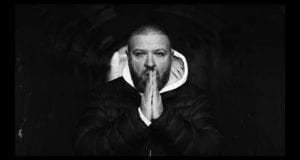 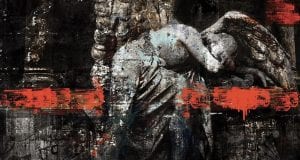