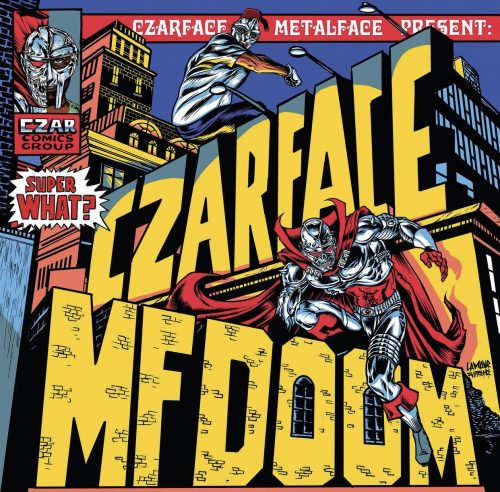 This is the surprise 2nd collaborative album between East Coast supergroup CZARFACE & one of the most beloved MCs/producers in all of hip hop: MF DOOM. The first time we heard Inspectah Deck and 7L & Esoteric team up with Viktor was on “Ka-Bang!” off the trio’s classic 2015 sophomore album Every Hero Needs a Villain, which was followed up in 2018 with the appropriately titled CZARFACE Meets Metal Face. But after being delayed for the past year due to COVID-19 as well as DOOM’s unfortunate passing, Super What? is finally seeing the light of day.

“The King & Eye” is a solid way to kick the album off as everyone sans Deck joins D.M.C. to declare themselves as royalty on top of a boom bap beat from none other than The Czar-Keys with some chimes being incorporated. The next song “Czarwyn’s Theory of People Getting Loose” goes on about how “there’s no dope in the industry” & even though I personally believe is far from true, all 3 of the verses on here are cutthroat as Hell. As for the production end of it: I like how it starts off grimy, but the switch-up midway through Esoteric’s verse was a bit unnecessary.

“Mando Calrissian” has a Special Herbs feel to it instrumentally as the trio talk about going commando, but then the track “DOOM Unto Others” is an decimating battle rap cut from the Esoterodactyl & the villain. Del the Funky Homosapien provides the best feature at the end of the threatening “Jason & the Czargonauts” before talking about “continuing where they left off” on the jazzy “Break in the Action”.

After the “A Name to the Face” skit, the song “This is Canon Now” is a 7L & Eso solo cut taking it back to the days of A New Dopeinstrumentally & dropping numerous comic references. The penultimate track “So Strange” incorporates an organ as well as some dusty drums as DOOM & Esoteric pop off about the thoughts in their mind & even though I like the storytelling on “Young World” a lot, it’s a weird way to end the album.

Even though Super What? is more of an EP to me than a full-length, I still enjoyed it as much as CZARFACE Meets Metal Face. The chemistry between the 3 emcees never fails to amuse me & The Czar-Keys stick to their guns in terms of the project’s overall sound. 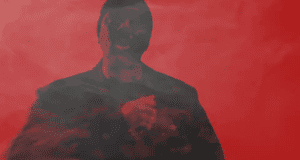 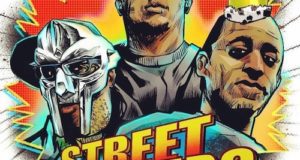