Darby O’Trill is a 29 year old MC from Key Largo, Florida who came up in the fall of 2018 off his full-length debut Blood, Guts & a Whole Lotta Love. This was followed up with Fester almost a year later, but it wasn’t until a few months after the pandemic hit where Darby enlisted Chapter 17/Psychopathic in-house producer Devereaux to fully produce his 3rd album Piecemeal to critical acclaim & I’ll forever be grateful that he gave yours truly a shoutout on the closer. But in light of him signing to Lyrikal Snuff Productionz over the fall, Darby & Devereaux are back at it again for his 4th full-length outing.

“Enter the Swamps” is a bass-heavy opener talking about a spot in the swamps where the bodies rot whereas “Terrorizer” gets on his murderous shit over a morbid instrumental. Shaggytheairhead & Yung Strife tag along for the cold “Mac Meaties Burgers” talking about giving no fucks just before the bombastic “Down by the Lake” details how it’s been a long day digging graves.

Meanwhile on “Casey Becker’s Dead”, we have Darby warning everyone that you can’t escape him over an instrumental with an incredibly morbid atmosphere to it leading into “Your God’s an Awesome Fraud” going into more trap territory advising that praying isn’t gonna save you from being killed. Damien Quinn comes into the picture for the piano/bass infused “Bonechillers” returning to their serial killer bag, but then “Forget the Pigs, Feed ‘Em to the Fish” comes through with an outstanding sequel to “I Think You’d Make Excellent Pigfeed” off his last album Piecemeal.

“Puddlemane” details how disgusting he is over an unsettling beat while “Sack Full of Rotting Heads” works in some bells & pianos talking about making his victims suffer. “Sunderland’s Wunderland” has a more suspenseful tone to the production as he twists the lid off the chemicals while “Big Idiot Shit” with Cody Manson finds the 2 over some heavy bass yet again talking about breaking jaws before their balls dropped.

Following that, “Welcome to Primetime” tells the story of Darby falling asleep & seeing a man in a chair who’s been waiting for him over an occult instrumental while “3 Skulls with Blood” goes full blown trap metal talking about all his desires hurting him. “In the Kingdom of the Possums” takes a more murky trap route asking to bury him while “Swampicide” with Scum describes the voices in their head accompanied by a slow yet foggy beat.

Jigsaw Killa’s verse on “The Kirsten Dunst Experiment” has to be my least favorite feature on the entire album even though I love the concept of the problems they have as well as the rugged production while “Tainted Blood Courses Through My Veins” has an icier sound proclaiming the wicked shit will never die. Yung Strife returns for the song “Christ of the Blockheads” to get ready for combat over a blaring instrumental while the penultimate track “Body in a Void” with Insane Poetry sees the 2 talking about laying asses down in a hole over a bloodcurdling trap beat. “When Dust Becomes 1 with the Dirt” ends the album with a guitar & some hi-hats expressing his desire for the pin to be taken away.

I’ve been looking forward to this album for a little over a year now & in the end, Darby gave us his magnum opus with Gully because this is a modern horrorcore classic & further cements him as the future of the wicked shit. Devereaux’s production some of his darkest yet & as far as Darby’s lyricism goes, he’s at his most macabre. 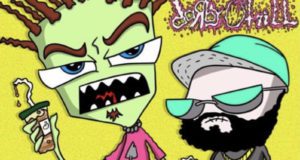 Darby O’Trill Announces His 5th Album, Unveils ”The Barista At the Coffee Junt Never Gets My Name Right” 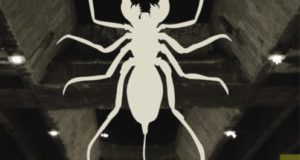 .strife, Darby O’Trill & Maezi666 Ask If They Can Get to Heaven on 1 Condition on ”trailer park tears” 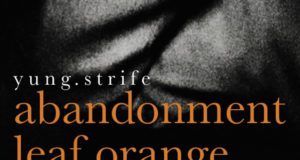