EveryWhere is an MC from Fresno, CA who came up a couple years ago off his debut EP Where 2 Now, which was later followed up with So Here We Ar3 & Not Here 4 Long shortly after. Last year alone he dropped Youniverse & At Most Fear back to back but to kick off his 2022, the dude’s enlisting Ill Melley to produce his full-length debut in it’s entirety.

“Solid” starts it all off with a spacey trap banger declaring himself as such whereas “Promise” follows it up by assuring that people are gonna love him for his talents & the instrumental on here has more darker aesthetic to it. “Praises to the Most High” goes back into cloudier territory getting spiritual, but then “Just Another Day” goes into boom bap territory talking about how the struggle remains

Meanwhile on “Exhibit”, we have EveryWhere on top of some synths & hi-hats getting on that new shit leading into the atmospheric “This is What I’m Made For” talking about how making music is his purpose. “On & On & On”goes back into boom bap turf to spit some battle raps just before “Give Me My Flowers” takes it back to the trap route talking about wanting his respect.

The song “With or Without” with Fashawn finds the 2 vibrantly explaining how it’s just them in this shit & ain’t nothing else while the penultimate track “Crabs in a Barrel” comes through with a worthy sequel to “On & On & On” except it’s more trap-flavored. “Shake ‘Em Up” with VRSA finishes off the album with 1 last boom bap cut taking about aiming for the top spot.

Now if you’re looking for a new fresh face in the conscious hip hop scene, then EveryWhere is your guy because I think this is his best work right here. I really admire that he’s willing to step up & address some controversial subjects in our world today while Ill Melley’s production comes through with a great blend of boom bap & trap. 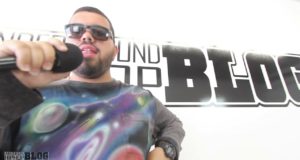 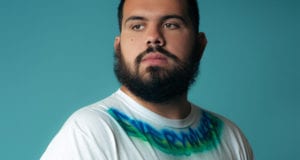 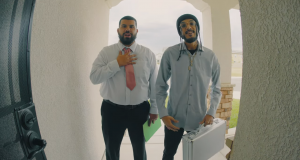