This is the 14th full-length album from Hempstead emcee SmooVth. Coming up as 1/2 of the duo Tha Connection alongside Hus Kingpin, he would also build an impressive solo discography for himself along the way with my personal favorites being just about everything that Giallo Point has ever done with him: Portrait of a Pimp, Medellin, the sequel to the latter Medellin II: Don Fabio & Amongst Wolves. But when it was revealed that Fredro Starr of the revered Queens duo Onyx was gonna behind the boards for Project Near You from beginning to end, my anticipation for it was very high considering that Q started making beats recently as well as Onyx vs. Everybody being the best thing that he & Sticky Fingaz have done together since the Snowgoons-produced SnowMads nearly 3 years back.

“Project” is a soulful opener vividly describing how it be in Hempstead whereas “The High” works in some pianos to talk about making a band. “That’z Us” brings some stellar vibraphones in the mix so that both parties can give it to you raw & uncut, but then Tha Connection links up for the piano/boom bap hybrid “Niggary” with both MCs spitting some gritty ass gangsta raps.

Meanwhile on “17 a Key”, we have SmooVth over a drumless loop getting on his pyrex shit leading into J.D. Era tagging along for the dreary “100 Up” talking about how no one can fuck with them even though J.D.’s verse has to be the weakest feature on the album with all respect. Fredro himself comes into the picture for the title track lacing some acoustics & dusty drums advising that they’ll be pulling up to a hood nearby just before “Straight A’s” brings back the keys looking back on being told he can’t get paid or laid.

The song “Imagine” shoots for a more tranquil aesthetic instrumentally providing food for thought while the penultimate track “Corner Pockets” returns to grimier territory talking about how ruff & rugged shit can get. “Sad & Blue” however ends the album with glossy beat & a sample of “La Di Da Di” by Slick Rick as SmooVth tells his audience that’s exactly how he’s feeling.

Now, if you happen to be a fan of both of these guys like I am, then I highly recommend giving Project Near You a listen because it’s one of my favorite SmooVth albums to date. The lyricism from him & nearly every feature takes you through the harsh realities of the Big Apple with Fredro’s continuing to refine his production game, as the shit he cooks up here is even better than what I heard on the last Onyx EP. 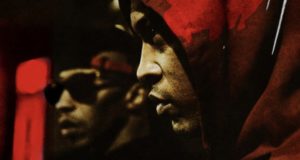 “Onyx vs. Everybody” is a Short Yet Rugged Improvement from 1993 (EP Review) 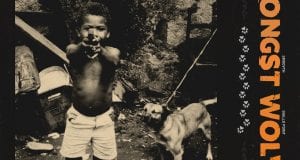 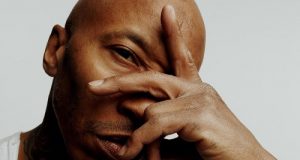