Hologram is a 36 year old MC from New York who came up as a part of The Outdoorsmen collective alongside his older brother Meyhem Lauren & Action Bronson under the original moniker Jay Steele. He’s been featured on a plethora of the latter 2’s projects in the past such as Bon Appetit……Bitch! & Gems from the Equinox, but is finally being treated to a full-length debut of his produced entirely by none other than Cypress Hill’s very own DJ Muggs.

After the intro, “No Off Season” is a hair-raising opener saying he always keeps the heat on him because he’s so cold whereas “Don’t Ride with the Drugs” enlists Action Bronson is a luxurious boom bap cut about thinking like a G. The title track is a rock-flavored cut saying the limit’s the sky but he’s gonna go higher just before the murky, self explanatory “Smoke Weed & Figure Shit Out”.

Meanwhile on “You Know My Name”, we have Hologram bragging on top of a cinematic instrumental leading into him saying if the gun ain’t on him it’s around him with the bell-heavy “Black”. He later tells his detractors their out their mind on the jazz-infused “Duck & Cover”, but then “808” is a 1-minute trap banger getting on his hustler shit.

“S.T.F.U. (Shut The Fuck Up)” works in a slowed down vocal sample for him to say he hustles for a sense of urgency & paper while “Moon Rocks” with Big Twins & Meyhem Lauren finds the trio proclaiming themselves as them front row cats over a lurid boom bap beat. Meyhem sticks around as he, Bronson & Hologram talk about wearing black on the gruesome “Colors” just before the brothers jump on the bleak “P.C.H.” by themselves to speak on smoking a couple pounds & hitting up Malibu.

The penultimate track “Traditional Bull Shark” brings in an organ & a guitar telling us he goes through life imitating art, but then “Murder at 5” finds Meyhem Lauren coming back into the picture to end the album by letting us know they’ll be counting money ‘til their hands break & I really dig the forlorn tone that the instrumental gives off.

If anyone out there is a fan of Meyhem, then you definitely gotta check out American Cheese because his lil bro Hologram proves that he can hold down an album of his own. His songwriting is at it’s best & the sounds Muggs goes for is a healthy variety ranging from boom bap to rap rock. 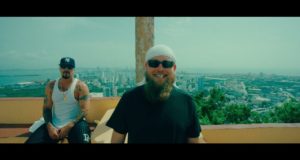 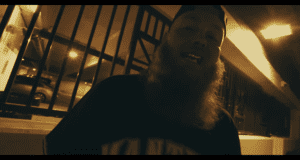 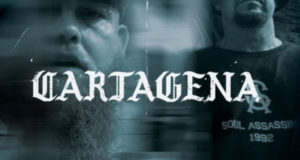