SK da King is a 31 year old MC from Baltimore, Maryland who came up as part of the Checkered Flag Boyz under the original moniker Paul Skola. However, it wasn’t until this past spring where he signed to Conway the Machine’s recently formed Drumwork Music Group as a solo act. And since the whole crew is starting to hit the road for the Love Will Get You Killed Tour tomorrow, it’s only right for SK to drop a debut EP to get new listeners familiar with him.

The opener “I’m God” starts off with a slowed down vocal sample that later transitions into a rich trap instrumental talking about rising to the throne whereas “Blood in My Eye” works in some strings to say he was made for this rap shit. “Dancing Wit the Devil” takes a much more darker approach detailing his lifestyle just before “Actions” calls out those putting on a front.

Meanwhile on “Different”, we have SK delivering an uplifting ode to turning a new page leading into the celebratory “Winners”. The song “P.M.D.” is another upbeat cut talking about doing it on his own while the penultimate track “Ventin’” gets confessional with an instrumental soothing to the ear. “Horus Flow” ends the album with a more minimal sound flexing his lyrical abilities.

Cloud 9: The Update was decent tape, but I think Horus is SK at his best so far & I can’t wait to hear how he’ll carry that over for a full-length capacity because this would be an ideal place for new listeners to start. He sounds a lot more hungrier lyrically & the production sounds crisper too. 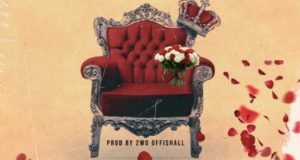 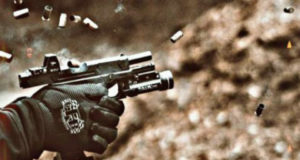